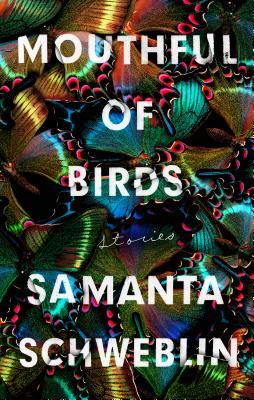 ‘’Calderón, on the other hand, stands motionless. He can’t bring himself to lift his foot from the one he has killed. He is, perhaps, afraid of recognizing his girl’s colours on the dead wings.’’

Twenty stories full of darkness. Deep, impenetrable, untraceable, lingering in our souls. Stories told in a strange place between reality and a world we meet in our dreams. Or are they actually hallucinations that reveal our true colours? In Schweblin’s collection, the boundaries between human relationships and violence are extremely thin. Birds are eaten alive, butterflies are destroyed, children present the greatest mystery. Are they a projection of our true nature before this is influenced by external factors? Is parenthood an act of uncertainty, a leap of faith? Are human beings destined to be alone even if we are surrounded by family and loved ones? Are we all prone to commit the ultimate acts of violence when prompted by the slightest trigger?

Samanta Schweblin’s stories don’t need verbose tricks. Her writing is minimalistic, yet extremely intricate in its gifted simplicity. Through innocuous moments of our daily life, circumstances beyond our imagination arise, turning the surreal and the macabre into a tangible reality that the reader experiences with merciless force. In every story, you encounter a hidden aspect, a wish locked in a chest that you may be too afraid to open. You realise that the intense feeling of something being wrong lies next to you, extending a finger pointing at us. Each story is a universe, a dream we are desperately trying to wake from. In vain.

Children are turning into butterflies. Women find themselves a part of a wedding ritual that thwarts their dreams. Mothers are able to delay the birth of their children ”until the time is right.” A teenage girl gives in to absurd cravings. A train that never reaches its destination, condemned in an eternal schedule, repeated on and on and on. An emissary comes face-to-face with a starving crowd. An artist with violent urges. A family drama unfolds in a toy shop. Children are swallowed by the pit they dug. A couple, living on the steppe, longs for a child. A man murders his wife and is treated as an artist by a corrupted psychiatrist.

Continuing the tradition of Borges and Cortázar, Schweblin creates a collection that is eerie, haunting, and merciless. Two of her stories, Butterflies and On The Steppe are so flawless that you will read them again and again. Mouthful of Birds is one of those unique books that mirror our soul in a dark room. It is like a hazy dream that frightened us even though we are unable to recall its details the moment we wake up. It is a monumental work in today’s Short Story genre, in a brilliant translation by Megan McDowell.

”Then the madness began. They say that one night a woman heard noises in her house. They were coming from the floor, as if a rat or a mole were digging underneath it. Her husband found her moving the furniture, pulling up the rugs, shouting her son’s name while she pounded the floor with her fists. Other parents started to hear the same noises. They moved all the furniture into the corners of their homes. They pulled up the floorboards with their hands. They knocked down basement walls with hammers, dug up their yards, emptied the wells. They filled the dirt streets with holes. They threw things inside, like food, coats, toys, then they covered them over again. They stopped burying their garbage. They dug up their few dead bodies from the cemetery. It’s said that some parents kept digging day and night in the empty lot, and that they stopped only when exhaustion or madness finished off their bodies.”