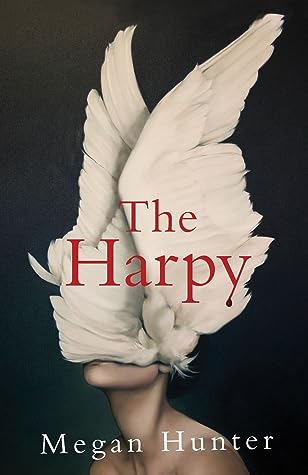 ”Three. I’d said it out loud, after he did. It made a kind of neat sense, something religious about its structure. Father, Son, and Holy Spirit, Peter betrayed Jesus three times. A familiar number, for a good Christian girl like me. I remember being allowed to ring the bell in church: three times, I was told.”

Lucy, the mother to two boys, discovers that her husband committed adultery. In a strange attempt to help their marriage survive, they agree on a special term. Lucy will have the chance to hurt Jake three times. ”Hurt”, figuratively and literally. But is it enough? Can retaliation -in any form- erase the absolute act of betrayal? Will Lucy be able to actually forgive and forget? Has Jake truly regretted his horrible choice?

”I walked past the field, to the meadows and river which ran behind it, turned my face to the grasses, my vision pulled to the horizon. There was a sweet, rich smell of sun and green, kayaks and swans passing by the water. It was a moving, busy day; I turned my face to the wind, felt its smooth power against my skin.”

Megan Hunter’s The End We Start From is one of the most memorable books I’ve ever had the blessing to read. In her equally beautiful novel, The Harpy, Hunter creates a story that doesn’t take place in a dystopian world but within the very real, very demanding microcosm of a family and the extreme difficulties that occur within a marriage. We don’t need a dystopian universe to experience sadness and hatred, we don’t need an external to betray and find ourselves betrayed. Many times, the dynamics within a relationship resemble a minefield. One wrong step, one wrong choice, and everything’ s blown to pieces.

In language that flows, in realistic and poetic prose, Hunter presents Lucy, a character that won’t forget. Without resorting to hysterics, with a full understanding of the situation she is called to face, Lucy battles with herself and the need to protect her children and doesn’t refrain from questioning herself. What makes the story stand out is the presence of the Harpy.

”Sometimes, as a child, I would get the book out just to look at the harpies, to trace the way the wings grew out of their backs, easy extensions of their shoulders, lifting into the air. I wanted to know why their faces were like that: sunken, creased by hate. I wanted to ask my mother more questions, but the words dried in my mouth, sat sour under my tongue, unspoken.”

The harpy is one of the most peculiar and intriguing creatures in Greek Mythology. Half-bird, half-women related to stormy winds, believed to carry people away, and especially hostile towards men, they are often found in Early Modern Literature, particularly in the Shakespearean plays. In Hunter’s novel, we don’t really know where Lucy’s thoughts end and where the harpy’s thoughts begin. This ambiguity lends this extraordinary haunting aura in the text and, in my opinion, exposes the image of an artificial peace and quiet, the fragile family prosperity and the viciousness of your exposed sadness when every acquaintance thinks they have the right to judge you while expressing their hypocritical exclamations of pity.

And what about forgiveness? Is it even possible? Do some of us have the right to ask for forgiveness and absolution?

A good book, nay, an extraordinary book is born when daily issues are presented through new lens, beautiful writing and tangible characters. This is a harpy we must all come to know…

”I tried my fucking best. I realized I had said that out loud, glanced around to check if everyone had heard. There was no one: only trees, the city light hazing their leaves in a pinched glow. Then: a single swan gliding downstream, the arc of her neck a question mark, the soft curve of her feathers like a yes on the water.”

Many thanks to Grove Press and NetGalley for the ARC in exchange for an honest review.