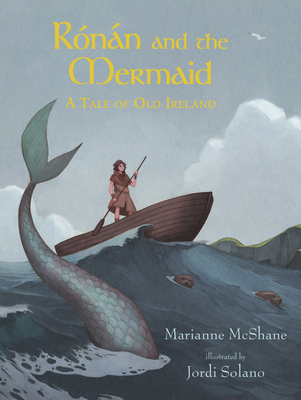 Title: Rónán and the Mermaid: A Tale of Old Ireland

”In the evenings, Brother Declan would sit by the boy’s bed and tell him the old tales while the candle burned low. He told him about selkies, the seal people, who could shed their skins in full-moon nights and take on human shape. He told him about Líban, who was turned into a mermaid when a great lake flooded her home and drowned all who lived there. For three hundred years she had roamed the lonesome seas.

– ”No one has ever seen her”, the old monk said. ”But her singing has entered many a dream on quiet moonlit nights.”

In a time when myths and legends were still walking the earth, Father Declan of the Abbey of Bangor finds a young boy on the sands, wrapped in a shawl made of seagrass. A silver ring shines in his hand. The good monks give shelter to Rónán. Father Declan hasn’t forgotten the tales of the Old Age, the visions of selkies and the Faery Folk are still vivid in his eyes. For the young boy had been rescued by a mermaid, a legendary princess that was transformed into a beautiful sea creature, longing for the blessing that will allow her to rest in peace. 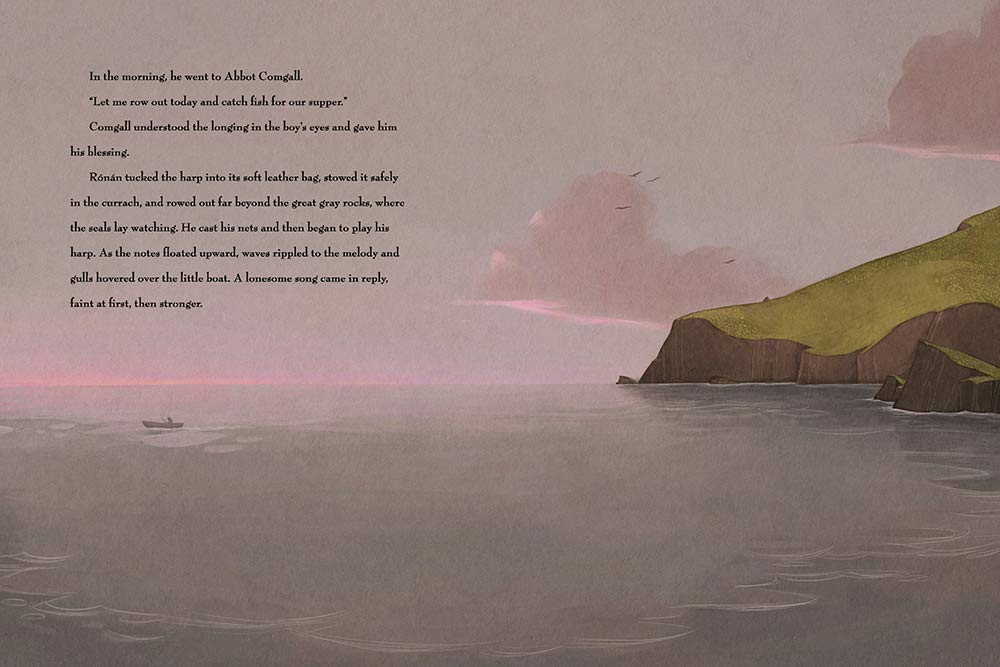 The keening of the seals, the lament of Líban, and the music of the harp unite to create a beautiful rendition of a gorgeous myth from Northern Ireland. A legend about princess Líban, daughter of Eochaidh, King of Ulster, who was the only survivor when her land was flooded. She was transformed into a mermaid by the goddess Danu, the mother of the Tuatha Dé Danann, until Father Comgall baptized her with the name Muirgen. She became the Mermaid Saint commemorated on the 27th of January. 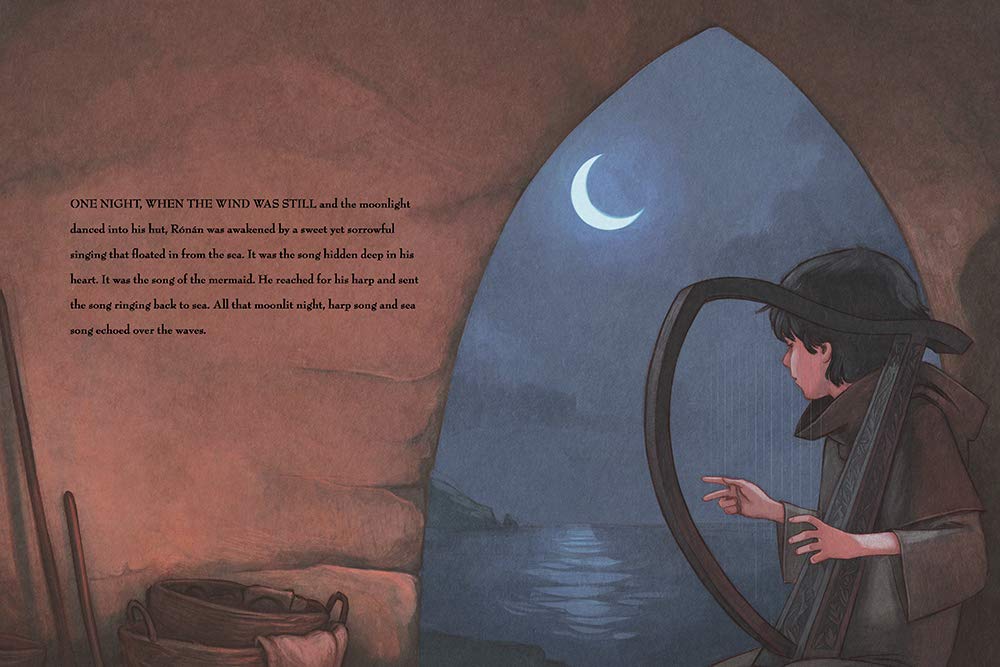 The ancient abbey is long gone now, destroyed by the Vikings, and a new abbey now stands in its place, but the traces of the Mermaid Saint are alive. And if you pay attention, you may hear the peaceful hymns of the kind monks echoing from the mists…

Many thanks to Candlewick Press and NetGalley for the ARC in exchange for an honest review. 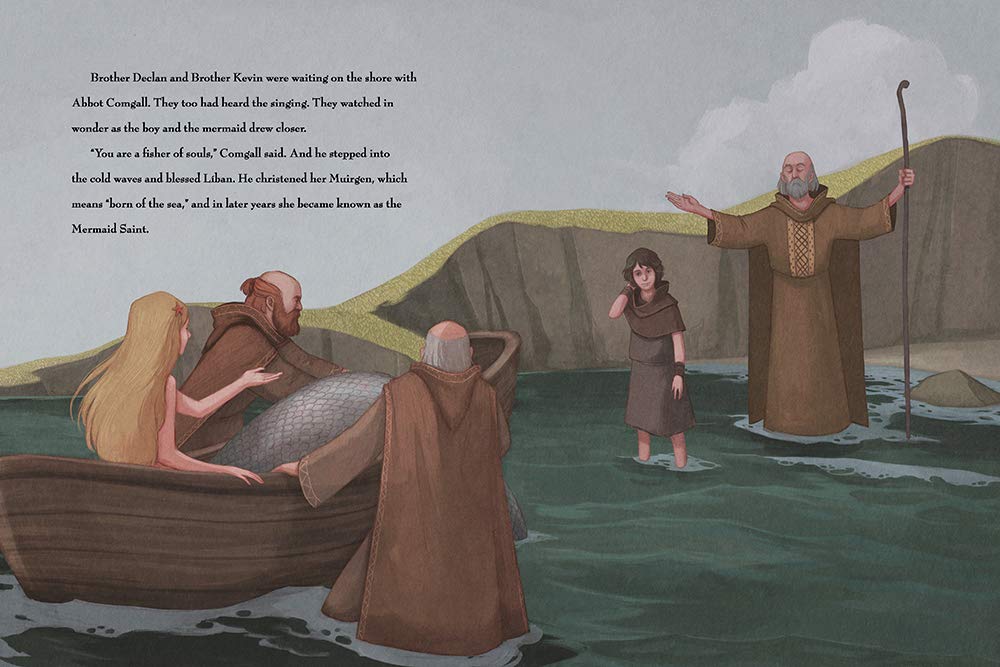