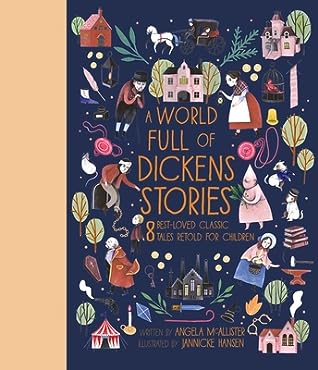 ”I made my way along the path I knew so well across the marsh. A cold, silvery mist swirled about me and evening stars began to appear. When I got to town, I was not surprised to find that Miss Havisham’s old house had been demolished, but I took a stroll around the grounds, remembering every room that had once stood there. As I gazed around at the familiar surroundings, a figure stopped silently into the path before me. I was about to turn away when it stopped and I saw it was a woman. Drawing close I recognized the face I loved so well.”

Charles Dickens. The voice of the ones who were neglected, condemned to live on the margin, dying, ignored by the rich and their country. The man who exposed the immense exploitation and misery of children. The writer who captivated the hearts of readers from all nations and generations. The one who formed the Christmas festivities as we have come to know them. One of the immortals…

In one more beautiful edition by Frances Lincoln Children’s Book, enriched with outstanding illustrations by Jannicke Hansen, eight of Dickens’s masterpieces are masterfully retold by Angela McAllister so that the younger audience will come to know and love one of the greatest writers the world has ever seen and will ever see.

Let us remember them…

”It is a true tale of grief and trial, and sorrow […] and such tales usually are; if it were one of unmixed joy and happiness, it would be very brief.”

Oliver Twist: The heartfelt story of a young boy and the cruelty of the London underbelly society.

”The night crept on apace, the moon went down, the stars grew pale and dim, and morning, cold as they slowly approached. Then, from behind a distant hill, the noble sun rose up, driving the mists in phantom shapes before it, and clearing the earth of their ghostly forms till darkness came again.”

The Old Curiosity Shop: A tale of deceit, treachery, familiar bond and injustice. 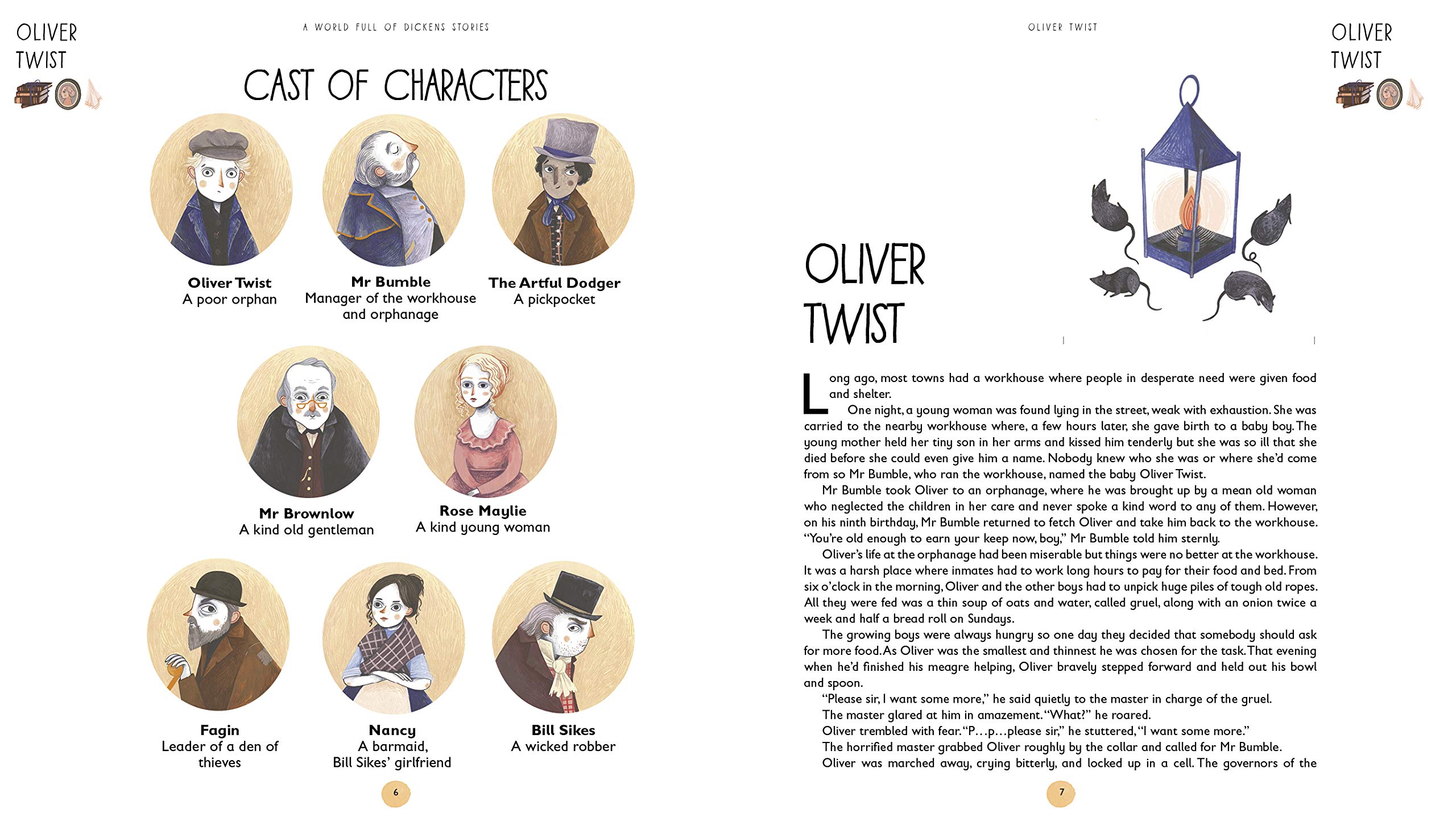 ”I know enough of the world now to have almost lost the capacity of being much surprised by anything.”

David Copperfield: The novel that is said to reflect Dickens’s own misfortunes brought about by the wrong choices of his father.

”The broken heart. You think you will die, but you just keep living, day after day after terrible day.”

”The only difference between us and the professors of virtue or benevolence, or philanthropy -never mind the name- is that we know it is all meaningless and say so, while they know it equally and will never say so.”

Hard Times: Possibly, one of the most complex novels by Dickens, a story of questionable choices and the occasional ambiguity of ”good” deeds.

”You cannot stain a black coat.”

Nickolas Nickleby: I admit I never liked this one. Too much melodrama for my taste but who am I to judge Dickens?

”A multitude of people and yet a solitude.”

A Tale of Two Cities: An adventure of blind retribution, violence, sacrifice and redemption, set in ”the best and worst of times.”

Many thanks to Frances Lincoln Children’s Books and NetGalley for the ARC in exchange for an honest review.