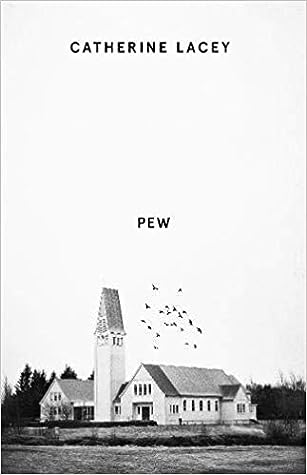 ”The Ones Who Walk Away from Omelas”, Ursula K. Le Guin

In a church of a sleepy town, somewhere in the American South, a being is found. And I use the word ”being” because no one can determine whether the stranger is a boy or a girl. They are named ”Pew”, after the pew they were found on. The residents of the town seem to be fascinated by the unexpected visitor, they offer hospitality and ”protection”, believing that the silent Pew is the perfect listened to accept their confessions. Pew listens and watches but rarely speaks, only nods. When someone doesn’t speak, judgement and condemnation stay away for the ones who confess their sins. But their ”confessions” are meaningless and things are bound to change when Pew doesn’t behave exactly as they expect…

”I do wish they bloomed this time of year. It would give me some relief. But you can tell a tree whatever you like – it won’t even listen.”

”All this bitterness. Everyone wants to be the one who’s right.”

Pew is an innocent bystander, a silent watcher, an unwilling listener and confidante because of their silence. What initially appears as a confession of wrong choices and guilt, quickly turns into the worst form of patronization and manipulation behind the facade of ”innocent” curiosity and kindness. Pew hasn’t asked for their ”help”. These people aren’t driven by kindness and generosity but by a frightening urge to alter the ” different”, the one they cannot understand, the one who doesn’t fall into their precious, perfect tags. If you don’t like to talk, you are strange, dangerous. We live in societies where everyone wants to ”talk” and ends up saying nothing at all.

Act nice, look nice. Everyone’s watching you. What would the neighbours say? The plague of all small communities. Wealth dictates whether you will be ”respected” or not, as Hilda demonstrates. Hilda. Hideous Hilda, the epitome of the uneducated housewife. Mr. Kercher, young Annie, and Roger are tiny dots of light on a map filled with vicious people.

”After all the moon was here, calm night, warm and easy air, and all of it was ours.”

The frail body and the pale moon echo Pew’s presence. Who is Pew? An archangel? A spirit? Pew, ethereal and earthy. Pew, led from one resident to another, first as if they were an exhibition item. Then, carried away like Jesus from Caiaphas to Herod to Pontius Pilate. And once more, religion is distorted to justify the rot in people’s souls, their horrible actions, their ”morality” of stupidity and hatred.

Lacey creates a modern classic. Classics mirror our societies’ wrongdoings and Lacey excels. Think of all those American sects, the charlatans, the hysteric so-called ”priests” that scream and pretend to ”heal” people who are desperate, uneducated and stupid enough to believe them. There isn’t an ounce of forgiveness in this awful lot, in this god-forsaken town, somewhere in the American South. In a society where crying children are psychologically abused for disturbing the peace and upsetting the others. No one gives a damn about their feelings.

And the mob will always hold a trial about things they cannot understand. The mob will always believe they have the right to decide what is true and what is not. And there is nothing Christian in this behaviour. White people, black people…They all treat Pew in the same horrible way. Narrow-mindedness doesn’t discriminate. It concerns every race, every religion, every individual.

”Some years, but gone now. They had ended and would never return and would never end. They were mine, or had been mine, but now they were somewhere else, somewhere near and far from me. They didn’t belong to anyone, those untouchable years. All that was left of them was their imprint, the empty field they’d left in me.”

Many thanks to Granta Publications and NetGalley for the ARC in exchange for an honest review.