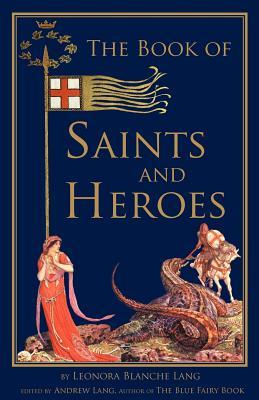 Title: The Book of Saints and Heroes

”The men and women who are most interesting to talk to, and who know most about things, are nearly always those who have lived with a library and in a library, and have read books because they loved them and not because they were forced to do it.”

The story of St.Paul the Hermit and his ravens. The bravery of St. Dorothea of Caesarea. The magnificent tale of St. Jerome and the lion. Synesius, Hypatia’s student, and ostrich hunter. St, Cuthbert and the Holy Island of Lindisfarne. St. Columba and the island of Iona. The strange experience of Brendan and the ordeal of judas Iscariot. The amazing story of St. Dunstan, the advisor of four kings during the fight of Wessex against the conquering Danes. The life of St. Margaret of Scotland amidst the enmity between two nations and the moving life of St. Elizabeth of Hungary who had to deal with a fiendish mother-in-law (surprise, surprise…) and an all-around dysfunctional family.

We are all familiar with the story of St. Francis of Assisi, the patron saint of animals and against dying alone. We also read about St. Colette of Corbie, the patron saint of expectant mothers and infants in need, and her mystical life, we learn about the adventures of St. Francis Xavier, the apostle of the Japanese, and the offer of João de Deus who founded the Brothers Hospitallers and became one of the most revered saints in Spain and Portugal. And, naturally, we are given the different versions of St. George, a major religious figure of Christendom (and not only) and the patron saint of England.

A beautiful collection of myths, legends and facts that combine the sacred and the adventurous. A very different, unique read. And God knows, this is a time for saints and heroes, indeed…

*Don’t comment on whether you are a believer or not. I really, really don’t care and I don’t discuss religious matters. So, don’t try. It won’t end well…Trust me.*