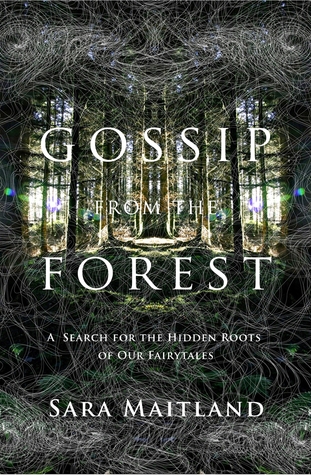 Title: Gossip From the Forest

I won’t write an elaborate (and boring…) Introduction about how much I longed to read this book. It was one of my most coveted treasures from the moment I bought it and I wanted to savour it and underline the living daylights out of it.

Unfortunately, by the beginning of the fourth chapter, I couldn’t wait to finish it and forget about it. It was a shuddering disappointment, a book I never thought I’d actually hate. But I did and I am thoroughly saddened by this reading experience.

The Forest (I deliberately use a capital ‘’F’’) has played a vital role in the creation of fairy tales since the dawning of time. From Red Riding Hood and Snow White to obscure tales from every culture in the world, the mysticism, the strangeness, the threat of the Forest have provided ample material for legends of adventures, princesses and princes that are tested, disobedient children that need to learn what is right and what is wrong, impossible tasks that must be carried out and chances for a resolution where the good is rewarded. In this book, Maitland attempts to emphasize the deep connection between forests and fairytales through an interesting, no doubt, journey on 12 forests in Britain. Each month is dedicated to a specific forest. From March to February, we are guided to the influence of the flora and fauna of British nature. The oakwoods, the beech woods, the May beauty of the New Forest, the connection between mining and the dwarves, the mystery of fungi. It sounds quite a blast, doesn’t it? Unfortunately, the only blast is the impossibly rude, authoritative tone of the writer.

Her sources are limited, practically non-existent. For the most part, her descriptions were repetitive and bland. At certain points, all of a sudden, they became so ‘’flowery’’ that my eyes were rolling by the minute. Footnotes after footnotes don’t work when there is no cohesion, when your voice is so abrupt, so authoritative. When you pass judgment on others. When your syntactic and grammatical mistakes are so obvious that even a 10-year-old student would avoid. When your personal and subjective notion on femininity, womanhood, tradition, and religion is shoved down our throats page by page. When you use a loud ‘’We’’ to ascertain and verify your personal beliefs and observations. No. When your retellings of famous fairytales are loaded with sexual connotations and cheap alterations. When you accuse Tolkien of ‘’sexism’’ because there was no female member in the Fellowship (!) This is cheap, uneducated ‘’feminism’’ to the extreme. When a father allows his children to go to the woods provided they have a cell phone with them and you accuse him of ‘’ denying’’ them their freedom and ‘’supervising them from afar.’’ When you don’t even know the origin of the word ‘’Magi’’ or ‘’spinster’’. When you write something like this: I am uncertain where these lepers came from initially.

No. Even references to Merlin, Macbeth and Angela Carter won’t be enough to save this. And if you don’t like beech trees, dear ‘’writer’’, leave them alone.