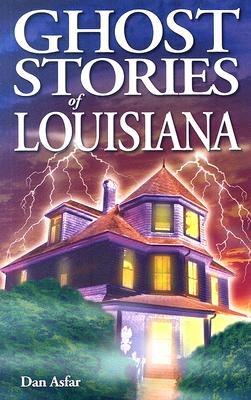 ”And yet there are other nights – nights when the wind carries something unsettling through the Vieux Carre’s cramped streets. Nights when the black water of the Mississippi whispers something of the past as it crawls bu the same something that the rain seems to want to say as it falls over Jackson Square. Those who happen to be in the square on such nights can’t help but notice the way the St. Louis looks, glowing moon-like with disquieting intensity, somehow bigger than usual, somehow alive.”

Louisiana has always exerted a special kind of fascination on me. Its cultural vibe, the artistic influence, the beautiful architecture. I remember watching a documentary on Mississippi at a relatively young age. I was hooked. Immediately. New Orleans is a city I never stop dreaming of visiting. Even through the lens of a film, its sounds, its music, the golden lights of the streetlamps, the perfume of a glass of bourbon are tangible, so far and yet so close. I admit, though, I never thought that this beautiful place on our World Map would hide such a close association with the supernatural. It was when I started researching the Paranormal and the Occult that I discovered what a vast source of information Louisiana is.

Lone Pine Publishing has created a series of volumes of ghost stories from the USA and Canada and I chose to start with Louisiana, doubly prompted by my love for True Detective (season 1, of course!) and its gloriously haunting atmosphere. Dan Asfar does a wonderful job taking the reader on a mysterious walk in the cryptic bayous, the tormented plantations, and amidst the swing and laughter and darkness of the famous French Quarter. The ghosts of the Myrtles Plantation are restless and ever-watchful, the LaLaurie house is still alive with the memories of an unimaginably horrible past. The spirit of Marie Laveau, the legendary Voodoo Queen, is still invoked on June 23. An unfortunate boatman of the Mississippi had a tragic encounter with the Devil. The French myth of Gevaudan was brought along and occupied the swamps around Bayou Goula. An eerie apparition haunts drivers in the Calcasieu Parish.

We are also given a haunting account of a tourist who wanted to enjoy Mardi Gras and the vibe of Bourbon Street and encountered a strange lady by the river. In a house in Baton Rouge, a beloved presence watches over a family and in the Garden District, a young girl from the other side protects a child of the living. On Potter Road, a tragic accident haunts the youth community. A creepy wooden statuette hides more than it seems. On Highway 810, a barn is a silent witness to a crime, on Chartres Street, the Bells of Good Friday can be heard each year, commemorating a tragedy. Jackson Square and St. Louis Cathedral are reminders of Pére Dagobert’s bravery and defiance.

Needless to say, I found myself walking down the streets of New Orleans, guided by Asfar’s beautiful writing. And I did look over my shoulder once or twice. Or more…

”Then, from somewhere inside, an eerie melody emerges. A sorrowful song in another language grows louder and louder. It seems to be emanating from inside the cathedral, but the door is still shut and there is no one there. The words are audible now: ”Kyrie Eleison, Kyrie Eleison.” Sung over and over in mournful elegy – the Catholic supplication for mercy on the souls of the dead.”