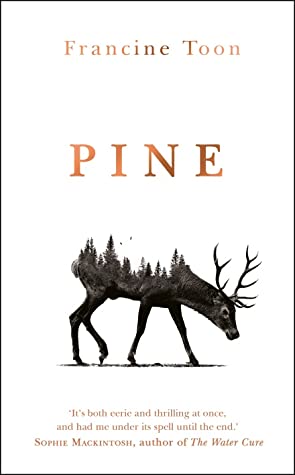 ”With all the lights on, there is still a darkness in the house.”

In a small community in the haunting Scottish Highlands, the strange disappearance of a mother has cast a shadow over the lives of the residents. Lauren, a 10-year-old girl, lives with her father and tries to find the links that may lead to the resolution of her mother’s enigma and the healing of her family’s wounds. Strange incidents, insecurity and bullying form a terrible labyrinth for the young girl.

This novel is really something else. The plot is tightly woven and touches on a plethora of themes. There are elements of Mystery, Horror, Folklore, Literary Fiction but at its heart lies a very real, very deep story of a family that has lost its way and joy and a community that is divided between pity and cruelty. Toon focuses on the father-daughter relationship, a very particular, very demanding process, and the teenage inclination to question and search. Where would the world be without it? The writer presents the harsh reality of bullying coming from the awful so-called ”popular” students (more like monsters, if you ask me….) with stark clarity and honesty without being over the top or melodramatic. Lauren and Niall are two people looking for an anchor, hiding secrets that darken their world.

Apart from the realistic elements of the plot, Toon pays a moving homage to the vast Scottish tradition and the legendary British Horror genre. The Scottish Highlands is a land of mystery and tremendous energy. Lauren has to put up with people who call her mother a ”witch” and live in what seems to be a cursed house. Selkies, kelpies and other mythical creatures of the Scottish tradition are interwoven with features of ancient and modern witchcraft and the story is taken on a whole new level through the focus on folk music, ballads, and lullabies that make the reading experience so much special. You will discover real gems here.

The temperature drops suddenly, a flowery perfume fills the air in an empty house, strange shadows and female figures are seen, women appear in the nightly streets. Houses are plagued by unnatural phenomena and a strange darkness hovers over the community. Windows turn black out of the blue and candles flicker. There are quite a few deliciously scary parts and the haunting atmosphere of Scotland is at its best in this beautiful novel. And on a side note, I realized -once more- that I’ve always found nurseries really, really unsettling.

”The clouds shift and a bright day comes through the kitchen window, catching dust motes and things that need to be replaced or fixed, After an hour’s work, the light fades and the house feels emptier. He watches the dark oven and the bulb that has been dead for years behind the murky glass door.”

I love unsettling stories and this novel is beautifully unsettling. Full of memorable and realistic characters, written in excellent, haunting and moving prose, it has the readers checking over their shoulders and wary to expect the unexpected because you are certain that danger is close yet its source is inscrutable.

This novel is an autumnal twilight. A silent wintry night, lit only by the flickering lights of the windows. It is a late summer evening. A mystery lurking at the side of the road…

”The water stretches out in the twilight mist to the large slopes of hills like the resting bodies of giants under a huge sky. There is a tiny house with a red roof on the other side of the firth, evaporating into the falling dark, on a clear day he can usually see white specks of sheep. In the grainy night air he looks carefully for flat stones along the smooth curve of the shore. Once he has found a few he skims them across the black water. The ripples go one two for each stone. One day in summer he skimmed a stone and it touched the water six times before sinking. He tries again. One two. He is tired. Night is young; the moon is bright.”

Many thanks to Doubleday and NetGalley for the ARC in exchange for an honest review.