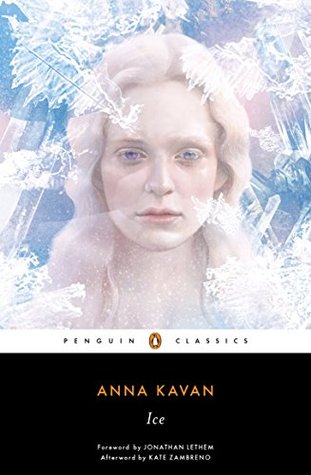 ”Carrying my suitcase, I walked into the town. Silence obtruded itself. Nothing moved. The devastation was even greater than it had seemed from the boat. Not a building intact. Wreckage heaped in blank spaces where houses had been.”

A man is wandering in a land that closely resembles a distorted version of Norway, ravaged by a regime and social unrest. A small part of a world that has frozen and is slowly decaying. The fjords have frozen and the once beautiful nature that surrounds them is now silent. A world where monsters have awaken and every sense of dignity and respect has vanished. But the man of our story cares nothing for it. His sole purpose is to find a girl that has captured his thoughts. A girl with silver hair and eyes the colour of the clear sky, guarded by a cruel warden-husband. Through a devastated landscape and torn-down souls, the two characters must overcome violence and their own selves.

”She looked about for the fjord, failed to see it, lost her bearings and at once became really frightened, terrified of being overtaken by night in the dark forest. Fear was the climate she lived in.”

Kavan’s story is a twisted, apocalyptic metaphor for the depths of human instincts. Nameless characters in an unnamed country, in a scenery of white, the colour of purity and innocence, covered in ice that has found its way to people’s hearts. Kavan creates a world where there is no place for the innocent and the enigmatic girl has to survive assaults, physical and verbal, by the mob. Using the motif of the hero who stands alone against a society that has gone mad, Kavan highlights the isolation of the ”different”, the trap of the futility that lies within every attempt of rebellion. And it is interesting that the main character of her novel doesn’t even want to rebel. He simply wants to live. And the girl endures but refuses to break, her soul full of anger, her spirit unbroken.

Kavan writes in a form that keeps you at a distance and rightfully so, in my opinion. This is the kind of story where the reader must become the observer, not the participant. We cannot experience feelings in a world where feeling is absent. Her images have come straight off a Hieronymus Bosch painting and the setting is the Hell of the Norse legends. She uses bits and pieces from the vast folklore and mythology of the region and mixes it with early traces of Science Fiction, while labels like ”Dystopia” and ”Mystery” also apply. The prose is beautiful and the dialogue is restricted where absolutely necessary. There are no ”fillers” in this story. Everything is straight, raw, merciless. The weak fights to live, the seeker doesn’t stop, the mob jumps at the chance to destroy. The only thing we have left is dreams. And even these turn into nightmarish hallucinations…

One could use the words ”Kafkaesque”, ”dreamlike” and so on and so forth… I will use the word ”masterpiece” without labels.

”For a second she stood still, appalled by the absolute silence and loneliness all around. A new ferocity pervaded the landscape now that night was approaching. She saw the massed armies of forest trees encamped on all sides, the mountain wall above bristling with trees like guns. Below the fjord was an impossible icy volcano erupting the baleful fire of the swallowed sun.

In the deepening dusk every horror could be expected. She was afraid to look, tried not to see the spectral shapes rising from the water.”