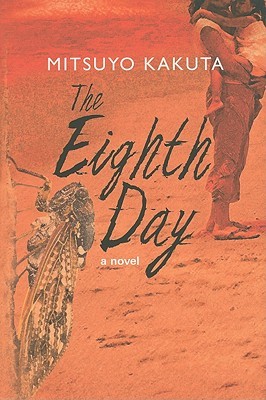 ”I left the house and turned to the alley. No shops insight. This was a strange corner of the city, a row of uninhabited houses. Shutters closed, a rusty bike lying next to a shut door. The entire neighborhood looked like a ghost town. The steel tower rising looked fake, like a missing piece of a poorly-made backdrop in an impoverished theatre.”

A young woman flees from an apartment in Tokyo, carrying a baby girl, a child that isn’t hers. Is she trying to save the child? And if she is, what is the danger? What makes her accept the dubious help of a mad woman? What drives her into the arms of a suspicious pseudo-religious cult? How can she create a home for her and the girl on a remote island? How can she escape from those who are after her?

This is the story of a woman who was weak and foolish enough to destroy her life because of a man. And yet, it was impossible for me not to sympathize with her. Kakuta has created a character that sees the wrong in her actions but is unable to withdraw because of a strange and powerful mixture of love and revenge.

Her quest is a troubled journey across Japan, its traditions, its values, its cities, and sleepy villages. In beautiful prose, Kakuta takes us into the world of neighborhoods that need to follow a controversial dogma of modernization in contrast to the island communities where the residents are there to support one another. Myths of deities, ghosts and demons, beautiful festivals and fables create an extraordinary setting in a story where motherhood takes the spotlight. Kakuta stresses two important questions regarding the theme of motherhood. Is every woman capable of being a true mother to a child and do we have the right to project our own mistakes to our children? In the end, it is certain that they will pay the prize.

The construction of the novel and the prose were satisfying. Even though the main theme isn’t one I am interested in, my love for Japanese Literature prompted me to read it. But for the last 100 pages, I’d say I was satisfied. Unfortunately, the last chapters managed to disappoint me. First of all, the chapters that were based on the girl’s point of view were boring. Why? Because choosing to have your two main characters committing the same mistakes in an attempt to show that life moves in inevitable circles is the epitome of lazy writing. Certain parts of the plot didn’t make sense and the questions were answered in an extremely neat way. Too convenient, too organized, too unrealistic. The contrast was so intense that I found myself turning the last pages too fast…

Melodrama isn’t my cup of tea. It doesn’t appeal to me in the slightest. I am not a sentimental person and I consider the women who sacrifice their choices and their life for the sake of a man to be devoid of personality and ideals. The moment a novel takes a turn into the soap-opera territory, I’m out. This one takes 3 stars for the beautiful writing and an interesting main character. Unfortunately, the last 20% of the novel was so bad that in the end I was left with a bitter taste in my mouth.