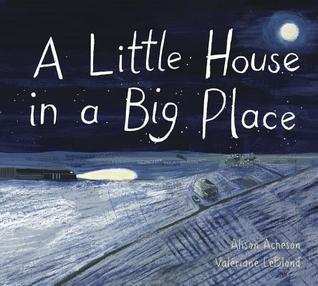 Title: A Little House In A Big Place

‘’She stood at her window and waved to the train engineer who passed every day and she wondered. About where he came from and where he went. And if she might go away, too, someday.’’ 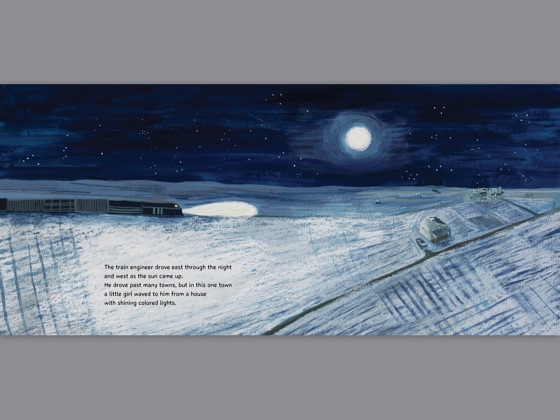 In the house where I grew up, there was a relatively small, square-shaped room that Mum had intended to transform into a nursery for the little bundle of doom and gloom (that is me…)that was due to arrive soon. However, upon closer inspection (and a little interference from my aunt…), Mum decided that the large lemon tree that used to thrive next to the balcony turned the room into a shady, gloomy space. Unable as I was to voice my objection, my nursery was moved in a large, sunny room next to my parents’ bedroom and the first choice became a kind of library/study. The strange thing was that I’d always choose to play/read/sleep there, relishing the quietness and coolness, not to mention the wall -to- wall bookcase. When the hot summer days arrived, it became Heaven. Nearby, there was a train station. During the 90s, Mum and I used to listen to the train during the summer nights and she would create stories about the passengers, the destinations and the train engineers. And I would listen and imagine. My love for trains has remained undiminished. 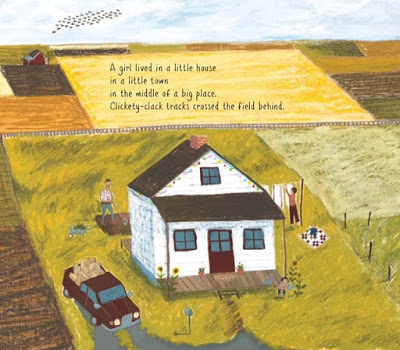 In this beautiful little book, a young girl lives with her family in a picturesque house in the middle of nowhere. Seemingly. The world around her may be a vast space but she has formed a strong relationship with the nature around her and with…a train. Every day, it passes by and she stands at the window, waving to the train engineer. The little house in a big place becomes the link to the friendship between the young girl and the man who has the responsibility to lead hundreds of passengers to their destinations safely. A friendship that doesn’t need words. All it takes is a wave by a small hand to remind the engineer that his journey is noticed and appreciated, becoming an inspiration for the vivid imagination of the brilliant child. Soon, she will grow up and the time for her to become a passenger to her adult life will come. 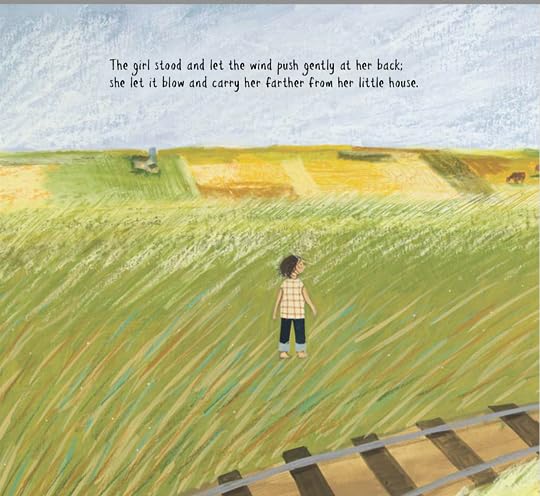 A Little House In A Big Place is a lovely book about imagination, dreams, wanderlust and the unique ability of children to understand the world and its inhabitants far better than any grown-up. Graced with mesmerizing, nostalgic illustrations by Valeriane LeBlond in blue, purple and earthy colours and the beautiful prose by Allison Acheson, this little treasure will make you dream, eager to hop on a train to an unknown destination. Who knows what we may find…

Many thanks to Kids Can Press and NetGalley for the ARC in exchange for an honest review. 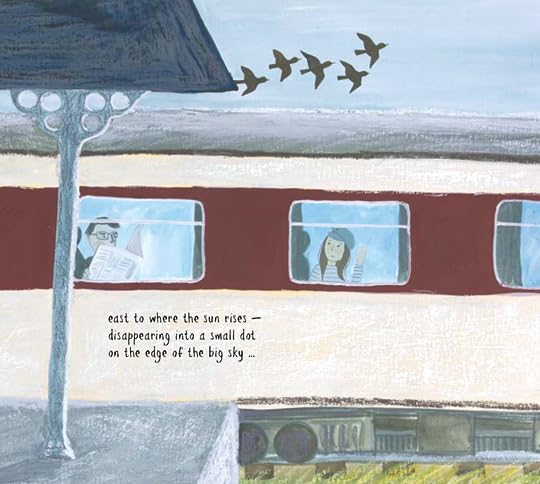