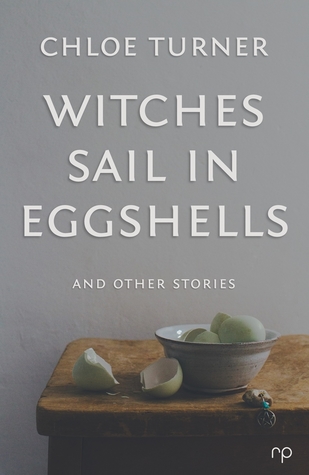 ‘’They should never have come. This wasn’t a place well-suited to winter. Even under the frost, the minigolf course had been thick with leaves when they’d crossed it yesterday, and they’d found the boating lake frozen solid, a lump of dead feathers on the muddied edge. Deep potholes murred the tormac, and rooks had congregated in accusing gangs in the tall trees which lined the car park.’’

The impact of this slim volume of 17 stories starts with the cover. Observe the beautiful work of Art by Laura Pashby and let its image communicate with you, What do you see? Moody colours, a palette that seems to belong to one of the great Flemish painters. Mysterious, cryptic, melancholic. Potentially ominous, definitely realistic. The eggshells were used as vessels by witches, according to an old legend. There are no witches in this collection. What you will find is the mysterious talent of every human being to destroy everything that is good and honest and innocent. What do we have to ‘’break’’ in order to ‘’fix’’ ourselves? What must we lose in order to win?

These are my favourite stories in this beautiful collection:

Piñata: An intense story that exposes every ugly feature of human nature. The spoiled children, the ‘’popular’’ mothers whose sole education is restricted on how to tap the phone screen or get laid by any available, unfaithful husband of their awful social circle, the men who view everything as a trophy of an idiotic football match. A brave story, mirroring a major part of our Western societies.

‘’The final row was for squash: three creamy seeds for each hollow in the soil. Fairy tokens, light as air. The strongest seedling would race to colonise the front of the bed, creeping between the stems of the other plants, spilling its heart-shaped vine down amongst the gravel.’’

Labour Of Love: A mysterious woman is expecting a child. As the child grows in her, her beloved garden fades as if struck by a terrible spell…

While The Mynah Bird Watched: A moving commentary on humanity, decency and the way the National Health Service works.

Waiting for the Runners: Can one forgive the person who lent a hand in breaking a family apart? In this story, a woman understands that perhaps, you need to let go in order to move forward. Easier said than done…

‘’There were fans of frost on the window panes. Pear-tree logs from the old faithful which had lost its battle with the winds off the moor were spitting in the burner. Two widows, drinking leftover Christmas Scotch, waiting to welcome the next generation into the world.’’

The Day You Asked Me: The memory of young love through the course of many years. A sad, and at the same time, hopeful story.

Breaking the Glass-Blower’s Heart: A story of cowards. A young worker is afraid of defending herself, a wife is afraid to admit she has neglected her own children, a husband who is both a fool and a coward.

‘’Thousands of prickly corpses were thrown up on the beach in a single week, by an unusual savage spring tide. The herring gulls gorged in them, deserting the bins outside the chippie in favour of the raft, yellow underbellies of these bleached sea stars. And it wasn’t just birds: magpies and crows, even a scrawny buzzard came to feast on the unexpected bounty.’’

A Rose of Silver Corpses: The sea begins to expel all life from her belly. Tiny corpses fill the shore and the locals decide to build a wall.

Show Me What You’re Made Of: A sinister story of a problematic marriage and a haunted room.

On Old Stones, Old Bones, and Love: A tender story of an elderly couple that has shared a lifetime of journeys, disappointments and love.

Lobster Scissors: The haunting story of a mother suffering from advanced dementia, a mysterious narrator and a terrifying fable about a girl who was lost in the woods. My favourite story in the collection.

The Wetshod Child: A story of a childless couple who found a strange baby. A literary wedding between the myth of the selkie and Oscar Wilde.

There are two forces that drive the stories forward. Love and the sea. Love -or lack of it- is a catalyst to the choices of the characters and the sea is the mystery, the foreboding and the unpredictable.

This is a collection graced with a wealth of beautiful haunting passages. It doesn’t shy away from being raw, even cruel, to the characters and the readers.

‘’Wells ran dry, and small plagues overtook the village. […]Crying was heard by woodsmen and poachers- screams sometimes- but the direction was always indistinct, and the girl could never be found. When at last she did emerge, her tongue withered from lack of use, all the clothes had rotted from her body.’’