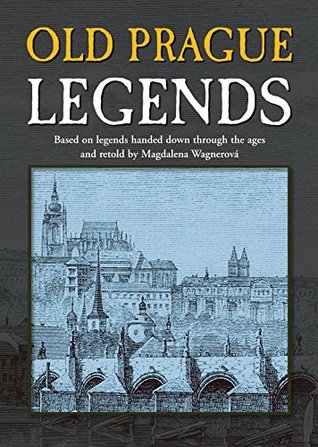 Writer: Based on legends retold by by Magdalena Wagnerová (translated by Ivan Guittierez, illustrated by Nemcova Lucie)

‘’The city was named Praha- ‘’threshold’’ – and just as long ago people would bow before the threshold when they entered a house, they bow today before the beauty and splendour of the city, whose foundation, it is said, was prophesied by Dutchess Libuše.’’

In August I travelled to Prague and spent a magnificent week. I also spent time (as in ”I visited it every day”…) in Karolinum Bookshop and bought 7 books on the History, Folklore, Legends and all-around awesomeness of the Golden City. What I adore is the fact that every single one of these volumes contains different stories and legends which is rather telling when it comes to the cultural wealth of Prague. This beautiful volume is a collection of 29 legends of the old times. It is not a thesaurus, nor a novel, and it is certainly not a tourist guide as mentioned by a handful of Goodreads members. It is not confusing (I mean, are you serious?) or ‘’wrong’’. Old Prague Legends is a journey to the legendary past of one of the most beautiful cities in our world. They are morbid and dark and beautiful and twisted. Of course they are. What else could they be? This is Prague.

A tragic murder takes place in a noble house, near the magnificent Church of Our Lady Before Týn. In Ungelt, a merchant from Padua defeats a strange illness. The Old Clock is standing further away, guarding its own secrets. On Wenceslas Square, the Saint is guarding his city, while his knights are sleeping, waiting to rise again in times of peril. St Vitus is a sight to behold but in the Daliborka Tower, an innocent knight is playing the violin, awaiting justice that never seems to arrive. On the tower of Loreto, twenty- seven bells symbolize a father’s gratitude to the Virgin Mary who saved his daughter. In Nerudova Street, in Mala Strana, an impertinent Swede is searching for his head and a wealthy lady gets what she deserves by a hooded skeleton.

Our Lady Before Týn

The Metropolitan Cathedral of Saints Vitus, Wenceslaus, and Adalbert

On Petřín Hill, a wall was built by the illustrious Charles IV as a solution against the famine that was plaguing the citizens. On the island of Kampa, the Devil’s Stream with its owls, its water imps, the mills, and the beautiful houses will make you feel as if you stepped into a fairytale. In Charles Bridge, St John of Nepomuk is waiting to bring you good fortune. The Old Town Bridge Tower and the Church of St Francis hide a plethora of fables, legends, and mysterious nightly apparitions.

The Church of St Francis

The Clementinum and the Carolinum refuse to disclose the treasures that are buried deep in their foundations and in the Convent of St Agnes miracles still happen. The Faust House provided the inspiration for one of the most famous and most haunting stories. In the Jewish Quarter, the Old New Synagogue is said to bear the bloody marks of the terrible pogrom during the reign of King Wenceslas IV and in the Old Jewish Cemetery, the legends walk at the side of sadness and persecution.

The Clementinum (right), the Church of St Francis (left) viewed from the Knights of the Cross Square 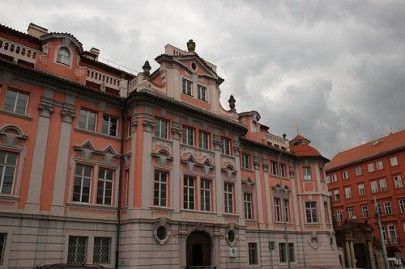 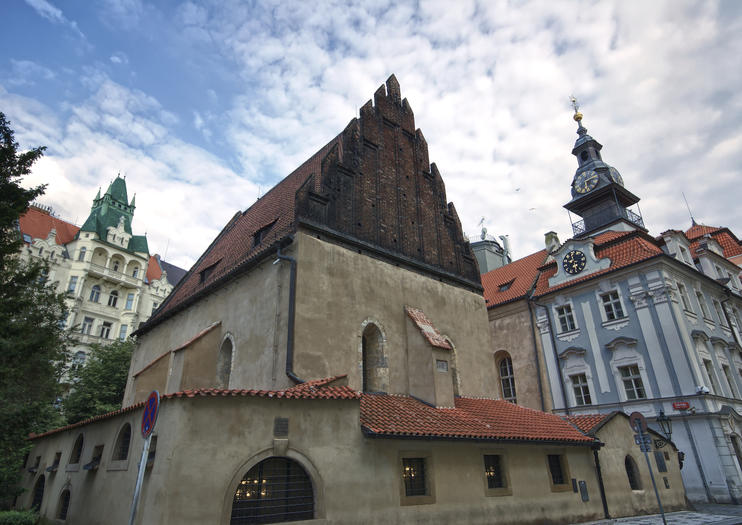 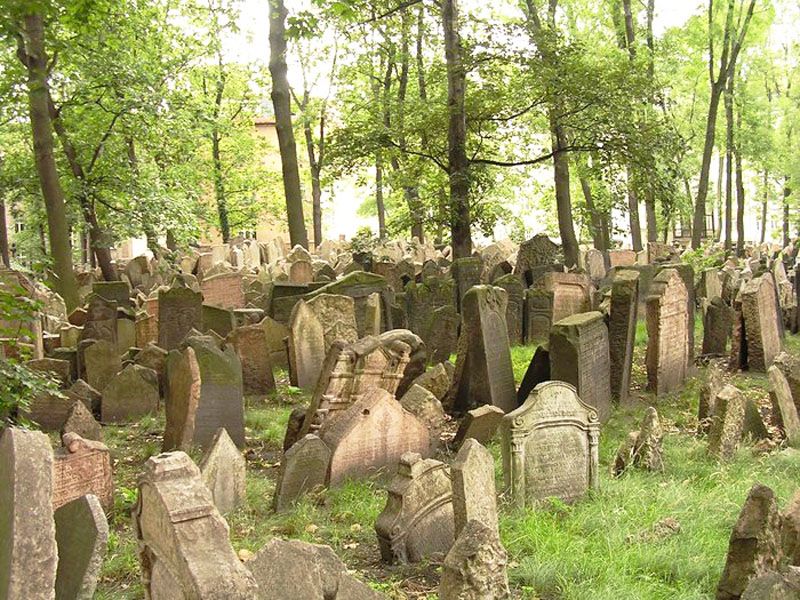 ‘’Prague is an old and venerable city. Its buildings were around in times so remote that not even the people who live there can imagine them. Its mysterious genius loci can be felt in every nook and cranny. Narrow alleyways vanish into the shadows cast by centuries past and it is not hard to believe that if there were such a thing as ghosts, this is where you would meet them.’’