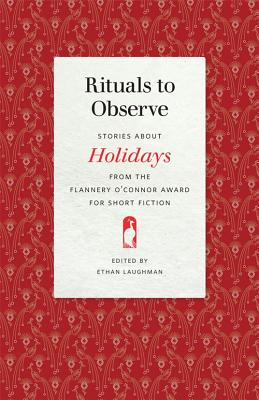 Title: Rituals to Observe: Stories about Holidays from the Flannery O’Connor Award for Short Fiction

‘’It can always be a happy season if there are rituals to observe.’’

Once October arrives, the world goes festive. In Greece, we celebrate two national holidays – on the 28th of October and on the 17th of November-, countless name days (St Andrew, St Catherine and St Nicholas’ among others) and we all anticipate the arrival of Christmas. Holidays are defined by rituals and customs. And most of the time, family gatherings. Now, personally, I avoid them like the plague because we all know what these ‘’gatherings’’ bring with them. Togetherness for the lucky ones, discord for the majority. At least, in the eyes of a sworn cynic like myself.

With the exception of the first story which was pure trash, the writing in the anthology is beautiful. A murky melancholy is evident and the depiction and the depiction of a complex, harsh reality is excellent. I will let the extracts do the talking…

Colour Struck by Alyce Miller (from The Nature of Longing): Meaningless, awful characters, hideous language and a poor attempt to create a Magical Realism atmosphere with pseudo-references to racism. No.

Morte Infinita by David Crouse (from Copy Cats): A daughter and her father are trying to cope with her selfish mother’s elopement during an eventful Halloween. A sad story of a broken family, a whore of a mother, bullying, expectations and the ruthless mentality of the idle, good-for-nothing suburbs. Thank God, there is no ‘’suburbs’’ mentality in Greece. Otherwise, prison would be my next place of residence…

‘’The trees swayed, noisily rattling their branches together. We sat in a tight raw on the wooden seat and watched the scarecrow flail its arms in the dusk, casting dead leaves up at the shuddering boughs of our maples, like a wizard trying to rebuild the summer. Inside the house, the telephone rang and rang.’’

The Invisibles by Hugh Sheehy (from The Invisibles): A terrifying story about a serial killer targeting teenagers in a quiet neighbourhood during the days of Halloween.

Faulty Predictions by Karin-Li Greenberg: Two elderly ladies drive to a campus, dressed as ghosts, to prevent a murder on Halloween. One is a psychic and a bigot and the other is the grandma we would all adore.

‘’I’m afraid to walk the dog alone at night, so I ask my husband to watch me from the window. I go out into the street with the dog and look up at our porch window. It’s dark there; it doesn’t look like anyone is home. I yell to my husband from the street. Not as loud as I would yell if I were being attacked, but loud. There is no answer. No one comes to the window.

In the Village, on the same street where I lived, a girl was murdered.’’

Mother’s Day by Sandra Thompson (from Close-Ups): A mysterious story of threat, violence and the danger women face on every step on a daily basis.

‘’Ellie could see the Grim Reaper from the parking lot, but she was not going to give him the time of day.’’

Permanent Makeup by Jacqueline Gorman (from The Viewing Room): Halloween Night is a time of joy and spooky delights. But it is unbearable for the mothers who have lost their children. This story is haunting and rather heavy so you need to proceed with caution.

Thousand-Dollar Decoy by Becky Mandelbaul (from Bad Kansas): An unfortunate young man has to put up with his horrible girlfriend, an even more horrible mother, and a strange bird. Judging from various literary examples, it seems that Thanksgiving brings out the worst in people.

My Search For Red and Fray Wide-Stripped Pajamas by Peter Selgin (from Drowning Lessons): A young man of Greek descent battles with the memory of his father, trying to adjust to New York, burdened with his uncle’s words of wisdom. A melancholic story full of the power of the New York setting. Christmas in Rockefeller Square, Easter in Central Park…

The Uses of Memory by Dianne Nelson Oberhansly (from A Brief History of Male Nudes In America): A woman tries to bring her husband back from the dead. A moving story about holding on, set on Halloween and Christmas.

Useful Gifts by Carole L. Glickfield (from Useful Gifts): A story about marionettes, make-believe and a child’s struggle against a ruthless society, set in Chanukah.

The Christmas Bus by Peter Lasalle (from Tell Borges If You See Him): A dangerous Christmas journey through the Mexican desert,

What Do You Say? By Molly Giles (from Rough Translations): A woman, trapped between her obnoxious daughter and the memories of a failed marriage, contemplates on awkward meetings and early youth.

The Christmas House by Gail Galloway Adams (from The Pursuit of Order): A mother is building a gingerbread house with the help of her son. Her mind travels to her childhood in West Berlin, her nanny, the loss of her brother in Vietnam and the family she has created.  A nostalgic, sad story.

‘’I bungle along Queens streets, dark with newspapers blowing. The lights of Manhattan shine upward, painting a fake aurora borealis in the night sky.’’

Many thanks to University of Georgia Press and NetGalley for the ARC in exchange for an honest review.