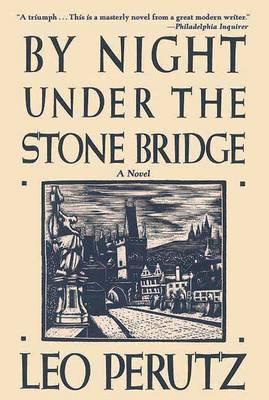 “They say a deaf man heard a dumb man talking about a blind man who saw a cripple walking the tightrope.”

There are stories that can only be born within a specific place. Within a city whose darkness and spirit is unparalleled, its history an endless source of legends. Prague, the City of a Hundred Spires, the Golden City, the Rome of the North. The capital where mysticism is tangible and the past greets you in every corner.

‘’Your lives’’, said the angel, ‘’are full of worries. Why do you choose to burden yourselves with love that clouds your spirit and saddens your heart?’’

The Jewish Quarter is the beating heart in the body of Prague. Tortured by a plague that takes away their children, home to two poor vagabonds who try to find the answer in the spirits of the young ones. A rude Baron dances a strange saraband in the nightly streets of Prague, an artist, a musician, a cook, a forgotten alchemist, a prisoner conversing with two dogs awaiting their execution. A cursed coin, a haunted synagogue where the spirits call on those who will walk the final path, a visitor from Hell. And these are merely the witnesses in the drama of  Rudolph II, Mordechai Maisel, a wealthy businessman and benefactor, and his beautiful wife, Esther who is in love with the melancholic Rudolph. The red rose embraces the rosemary in a futile attempt to fight for their union.

Merchants, servants, jesters, criminals, lovers, vagabonds wander the streets of Prague, trying to survive. 15 stories written in a beautifully poetic, haunting language by a writer who knew what it was to live in persecution and exile. Leo Perutz was born in Prague, descending from an Austrian-Jewish family. He moved to Vienna in 1899 but was forced to abandon it in 1938 when the nightmare created by the Nazi monsters and the countries that supported Hitler began. He died in Israel in 1957.

This novel told in 15 different voices, all centered around a doomed love affair and a feverish struggle for survival and gain is a treasure. Perutz’s voice may remind you of Sweig and Kafka. This is a writer whose elegant humor and sad tenderness match the dark beauty of the most beautiful of cities. He deserves to be read and admired, he deserves to find a place among the great European writers.

“For it’s human nature even in the direst extremity to see a spark of hope and blow it into flames.”

“For it’s human nature even in the direst extremity to see a spark of hope and blow it into flames.”