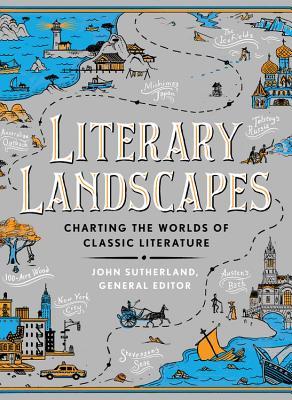 ‘’Literary landscape is composed of words which must be recomposed in a frame of imagination. ‘’The inward eye’’, British ‘’Lakeland’’ poet William Wordsworth called it, drawing a distinction between perception and imagination. Just as the painter can choose his balance of verisimilitude – striving for eye-witnessed accuracy – and creative depiction, so the writer must decide how much of an influence his ‘’inward eye’’ will have on the scene depicted. What one might call ‘’creative bias’’ comes into it- subjective coloration. And sometimes moral judgement.’’

One of the most precious gifts reading can give us is travelling. When we hold a book in our hands, we enter houses, we travel to cities, to countries, to continents that we may never have the chance to see in ‘’real life’’. Through reading, we can form images, fall in love with cities and this is how a fervent wish to visit a country starts. We often say that cities become characters in novels. They shape the narrative, the personality of the characters, their thoughts and opportunities, their hopes and disappointments. Reading allows us to travel back in time and witness a city changing through the eras, though conflicts and wars, and social development. This marvelous book is the embodiment of all the features we love. Containing beautiful essays edited by John Sutherland and embellished with outstanding illustrations, paintings, posters and memorabilia, Literary Landscapes is an astonishing journey around the world, a return to the past, an understanding of the way a city can not only influence but forge our soul and spirit.

‘’I lingered round them, under that benign sky: watched the moths fluttering among the heath and harebells, listened to the soft wind breathing through the grass, and wondered how any one could ever imagine unquiet slumbers for the sleepers in that quiet earth.’’

(Here, have a few Wuthering Heights (c.1992) film stills, because you need them in your life…) 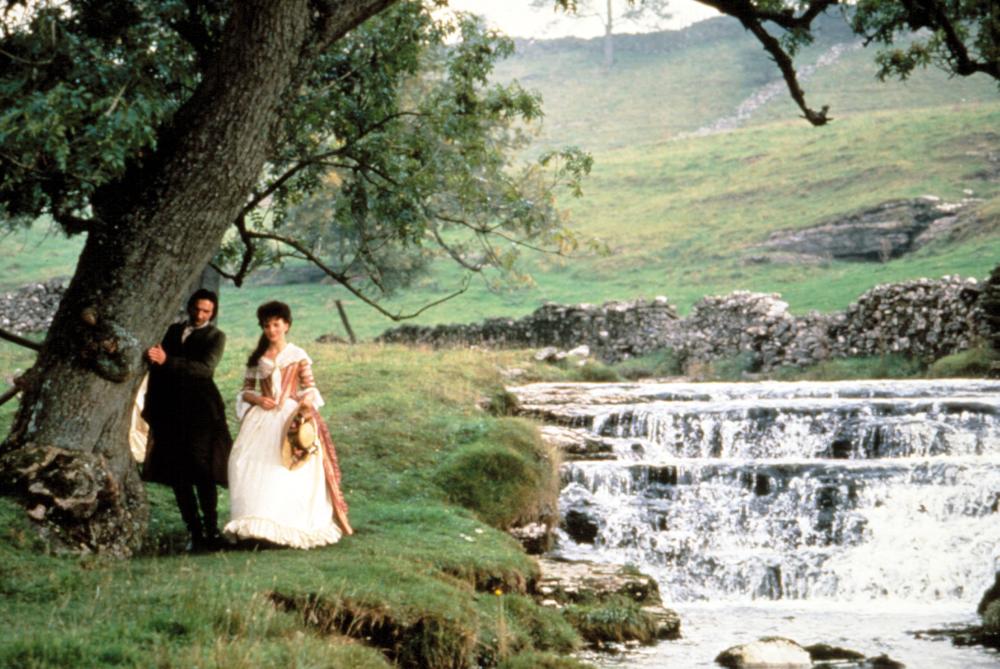 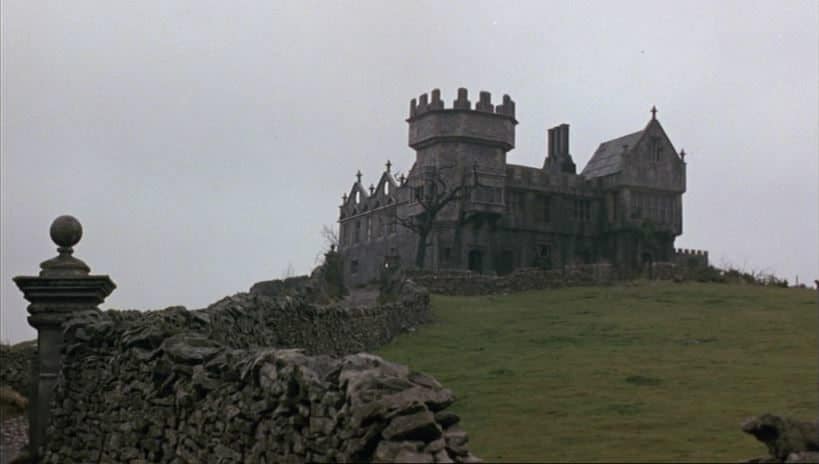 Where else could Heathcliff and Cathy experience their ordeals but in the moors, a place of wild, obsessive, threatening beauty? Dickens’s Bleak House was a reflection in the mirror of London, the seemingly cultured and utterly corrupted and metropolis where children faced their nightmares.

‘’Fog everywhere. Fog up the river where it flows among green airs and meadows; fog down the river, where it rolls defiled among the tiers of shipping, and the waterside pollutions of a great (and dirty) city.’’

Let us walk to Paris, passing injustice, passing the barricades, watching the Parisian youth demand democracy, guided by Victor Hugo, at the side of Jean Valjean. Witness the glory of Moscow and St. Petersburg, and unwind in Pokrovskoe, exchanging philosophical remarks with Levin, turning a blind eye to Anna Karenina’s fate. Far are the Scottish Highlands where Robert Louis Stevenson narrates a story rising from the fog and the moors. From Scotland to Canada and the wildly beautiful Prince Edward Island in the company of brilliant Anna from Lucy Maud Montgomery’s Anne of Green Gables.

Read D.H.Lawrence’s The Rainbow carefully, a hymn to sensuality and self-discovery and an homage to Nottinghamshire. Travel to Norway during the Middle Ages, full of religious and political conflicts depicted in Sigrid Undset’s Kristin Lavransdotter. Feel your heart breaking, witnessing the emotional ordeal of Newland Archer struggling to defy the norms of the New York high society, eloquently highlighted in Edith Wharton’s The Age of Innocence. Decipher Bloom’s troubled mind and musings within a day, walking around James Joyce’s Dublin and Ulysses and then, find yourself trying to understand London through Clarissa and Septimus in Virginia Woolf’s Mrs Dalloway.

(Daniel Day-Lewis as Newland Archer in the 1993 film version is as much of a masterpiece as the novel itself.) 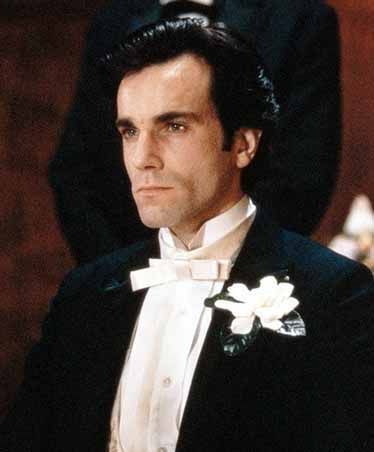 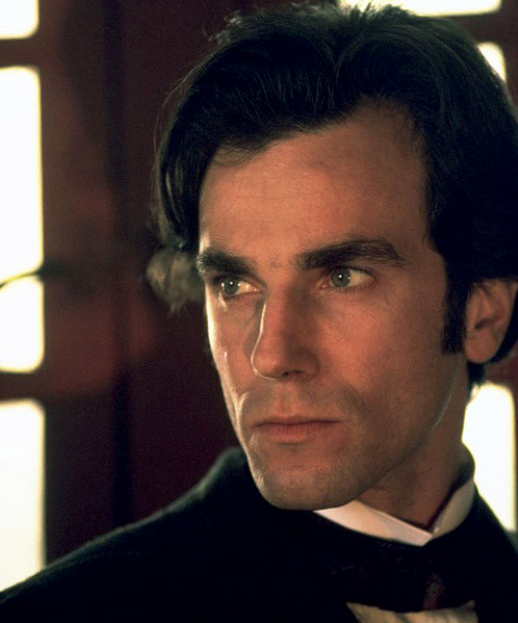 From one metropolis to another, because Gatsby is standing there, gazing at the green light across the bay in East Egg. Return to Europe and witness the cancer that the Fascists have brought to the Eternal City, in Alberto Moravia’s Gli Indifferenti. Further North, at the same time, all kinds of marginalized citizens have been gathered in Alexanderplatz, Berlin. Alfred Döblin is there to draw their portraits. Isaac Babel’s stories are populated with prostitutes, beggars and rabble-rousers, residents of the Moldavanka district in Odessa, Ukraine. Let us jump to Massachusetts where the Southern Gothic, the grotesque, the supernatural, the humane is born from the pen of William Faulkner in Absalom, Absalom! A young woman, wife to a fascinating man, is waiting to uncover the secret of Rebecca, residing in Daphne du Maurier’s beloved Cornwall.

A winter’s night is the perfect opportunity for Frits van Egters’s pain to come to the surface in Gerard Reve’s The Evenings. And who can forget Wales and, especially, Laugharne as depicted in Dylan Thomas’s Under Milk Wood? Return to Russian and Moscow and witness the duel between the Devil and Margarita in Mikhail Bulgakov’s immortal, subversive masterpiece. Back to England and Dorset, in the enigmatic presence of Sarah Woodruff in John Fowles’s The French Lieutenant’s Woman. Let us party – but carefully- in Jay Mcinerney’s New York, living the failed dream of Bright Lights, Big City. Listen to the whispers of the ghosts in Tokyo, where curses and demons compose a crime tale in The Summer of the Ubume by Natsuhiko Kyōgoku, very different from the Gothic spirits of cursed books in beautiful Barcelona of Carlos Ruiz Zafón’s The Shadow of the Wind.

Is that all? No. Travel to India, Nigeria, New Zealand, Germany, Austria, China, Australia, Venezuela, Brazil…This book is a mega ticket to a literary journey unlike any other…

‘’We are, as never before, a travelling, ‘’sight-seeing’’, ‘’place-knowing’’ race of humans. It is a privilege. The contention of this book, (grandiose, it may sound, but genuine) is that we should cultivate our historically unique sense of place and use the resource of great literature (more available to us, like travel, than our ancestors) to do so.