Writer: edited and translated into Greek by Momčilo Radić

Today we aren’t going to talk about a specific tale. Instead, we’re going on a trip to Serbia, guided by the most characteristic features of the Serbian fairy tale.

The fairy tales of Serbia are quite interesting in the sense that they are firmly connected to History, Tradition, and Folklore. Every time I spend some time with my boyfriend’s mother (acquiring my interrogator’s tone because tales, people, obviously!) I learn a multitude of fables and legends that can be traced back to religion and the battles of the old times. These are a few of the perks of having a History pro in your family! Now, this lovely volume contains tales derived from Srpske narodne pripovetke by Vul Stefanović Karadžić, the father of Serbian letters, and the ethnographic collection of the Serbian Royal Academy, all beautifully translated into Greek by Momčilo Radić.

In Serbian tradition, it is usually the youngest child that gives the solution to the problem and averts disaster. Fate isn’t an undefeated enemy but a power that can be overcome and altered through intelligence and courage. Many of the tales do not have a traditional ‘’happy’’ closure, which is common in Slavic tradition. However, justice is always restored. Wronged children that fell victims to their parents’ cruelty and lust for wealth become angels and the saints punish the parents-monsters. 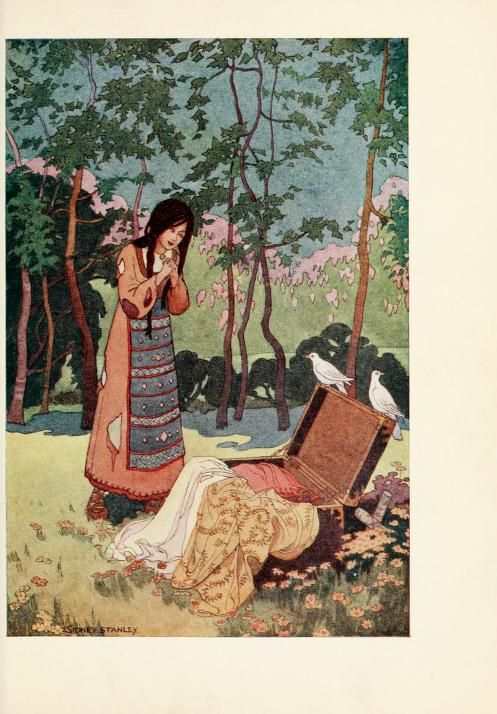 Women are very prominent in Serbian tales and the change of the roles they usually acquire is very interesting. They may start as damsels in distress but this is an initial facade. Soon, they become the ones who provide the hero with the aid of carrying out an impossible task or they are the actual heroines who defeat Evil, save their beloved and live happily ever after. Fairies are also important and every city and town and village in Serbia retain their fairy myths to our days. The vily (fairies) are given names according to their dwellings. For example, we have the gajerke (the fairies of the forests), the vodarke (the ones who dwell in rivers), the jezerkinke (fairies who live in the lakes), the zagorkinje (fairies who live on the mountains),  the pećinke (fairies who live in caves), and many more. The immortality of the fairies lies in their hair. If someone takes a strand of hair from a vila, she will die. In addition, if their wings are clipped, they become mortal women. 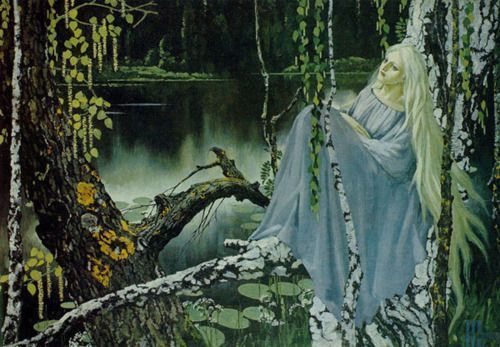 Foxes, eagles, and wolves are recurring presences in the folk tales. Foxes are cunning helpers that advise the hero during his journey, eagles are symbols of power and wisdom. After all, the eagle is the most important national symbol of Serbia and the national teams are called orlovi (eagles). Wolves are a bit more controversial, though. They are symbols of freedom but they acquired a more sinister role when Christianity took over. Dragons are also present but they don’t share many common characteristics with their British kins…dragons. They can be bad and good and they are certainly not clever with the exception of the zmajevi, the dragons of the Heavens that are considered part of the Army of God along with the eagles and the hawks. Which is enormously cool, by the way.

Read more on the folklore of the Serbian dragon here: The Serbian Dragon: Fact or Fable?

The battle between Good and Evil is always a prosperous field for tales. The angels walk at the right side of the hero and we all know who stands at the left, don’t we? The saints protect the heroes and heroines and during the slava, the celebration day of the patron saint of each family, demons, and monsters are more easily defeated. Old men break intricate spells woven by the Baba Yagas residing in the forests. Naturally, we cannot overlook the mora, the Night Hag who tries to smother her victims in their sleep, a terrifying experience to those of us who are familiar with sleep paralysis, and the vukodlak (derived from the words vuk = wolf and dlaka = hair), the original vampire, a vital aspect of Balkan tradition.

I feel that the last word belongs to Miloš Obilić, one of the greatest and most tragic heroes of Serbia, a legendary warrior born from the generation of dragons and killed in the Battle of Kosovo in 1389 when the region was violently snatched away from Serbia, remaining an open wound and a reminder of a frightful injustice aided by the so-called Western powers.

But that is a tale too dark to be told here…