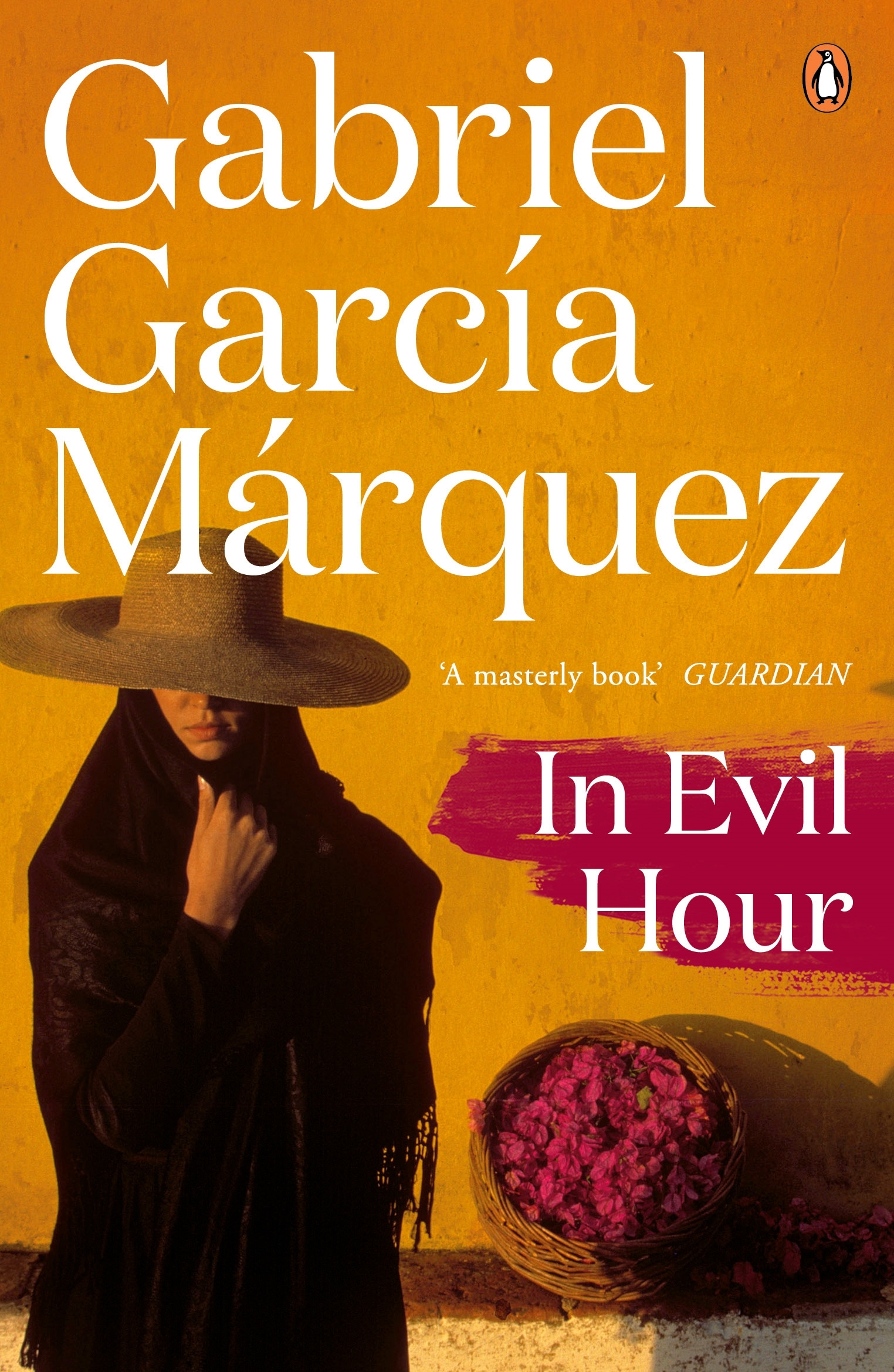 ‘’He offered an enigma: a man registers at a hotel at ten at night, goes to his room, and the next morning the waiter who brings him his coffee finds him dead and rotting in his bed. The autopsy shows that the guest who arrived the night before has been dead for a week.’’

A (fictional) town in Colombia is trying to overcome the aftermath of a failed coup when a series of lampoons, revealing secrets and sins of the villagers, start appearing every night. The results of this mysterious action will be severe as the mayor of the town finds the perfect excuse to declare martial law, enforced by armed brutes, and take action against his political adversaries. The lampoons do more harm to the town when the villagers start accusing each other, exposing dirty laundry, fearful of their thoughts, fearful of a community that will soon turn into a ghost.

”There was an ominous element in the composition of noontime.”

Most of us have associated Márquez with Magical Realism but In Evil Hour, he works his winders using omens and psychology. What could be more terrible than the feeling of anticipating an invisible threat? A life where everyone’s watching everyone, the unavoidable curfew and the violence originated by the lampoons? The scenery is darkened by ferocious storms that leave carcasses lying in the streets and dead rats floating in Holy Water. Márquez, an excellent ”reader” of the human soul, elevates the lampoons into symbols with dual meaning. They represent the very fragile boundary between open criticism and slander, between freedom of speech and sacrilege, and demonstrate how populists and dictators feed on fear and suspicion. The mayor is an acute representation of the tyrants who have long plagued Central and South America and the populist leaders that have plagued the European continent over many years.

Foreboding signs, terror, shame, mystery, sarcasm. Márquez creates a tale that is terrifying in its immediacy and relevance to our times when populists receive the vote of the ignorants. This novel may seem ”simplistic” to the readers whose knowledge of Márquez is limited to A Hundred Years of Solitude and Love In The Time of Cholera but we should remember that skilled writers don’t repeat themselves. And to use the word ”skilled” to refer to Márquez is a frightful understatement. This is one of the most mysterious and realistic works of the literary master from Colombia.

”And all because when he was drunk he said he was here to guarantee the sanctity of the ballot.”