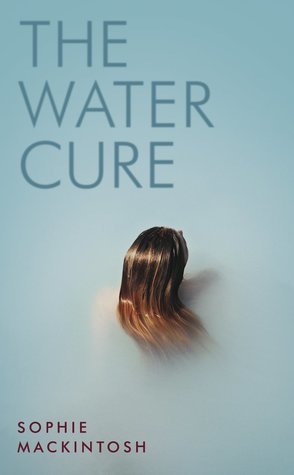 Had this been a fairytale, it would have started like this: There once was a couple who had three daughters and they lived on an isolated island. ‘’King’’ was the father’s name and Grace, Lia and Sky were taught that he was their only protection from creatures that wanted to harm them. The creatures were called ‘’ men’’ and he was a man but it didn’t matter. He alone knew what was good for the family. Because the girls were weak, fragile, easy to fall ill from the sickness carried by the outside world. However, women were welcomed to the island. Women who were frightened and wounded. Women who should accept rebirth through fear and water. But they weren’t there when the master of the house died. They weren’t there when three men were washed ashore. They weren’t there when the daughters had to choose…

But this is not a fairytale. This is a story of isolation, exploitation, intentional fear and violence…

And what about the Mother, one may ask. A mother is not a mother when she oppresses her children and obeys a madman obsessively, violently, in a household where iron determines who is to be loved most. When she doesn’t protect her children from paranoia, when she blatantly, maliciously threatens them, the ‘’mother’’ becomes a worse danger than all the men in the world. She becomes a monster. Terror doesn’t come from women or men. It comes from therapies initiated by disturbed people who exploit the ordeal of women to serve their Messiah complex and their heinous inclinations. Terror comes from ignorance when a young girl falls for the handsome stranger.

Mackintosh plays well with stereotypes and the themes of uncertainty and a vague external threat. The extracts from the Welcome Book of one of the ‘’guests’’ of the island, a woman who has suffered abuse, talk of an invisible threat coming from a man. Who is he? The answer will be found at the end of the book. She is haunted by his presence, abused by his shadow. Who are the other women who refuse to support her? And then, two men and a young boy are washed ashore, their intentions suspicious from the start. In these pages, you will find an array of some of the most hate-worthy characters you’ll ever meet. I wanted to murder half of the cast and I suppose this is a token of the writer’s powerful writing.

‘’I collect a long fingertip of dust from the lip of a vase, a solitary object on the mantelpiece in the hall. It is empty except for a wasp dying in its own sound, vibrating dully against the porcelain. Suffer, I mouth at it.’’

Mackintosh’s prose is like a suffocating summer afternoon that carries the anticipation of an almost metaphysical terror. Lies, deceit, delusion create a claustrophobic environment. At times, the writing is so raw and violent that even I started feeling extremely uncomfortable and this doesn’t happen often. The violence between the two older sisters touches the boundaries of madness, a result of their abnormal upbringing. This is the only way for me to explain Lia’s hysterics that bothered me quite a lot throughout the story. I suppose this is an example of the animal instincts we all carry inside, intensified by isolation and lack of education. Another issue I faced was the dialogue which came in contrast with the exquisite prose. Especially the interactions between Lia and Llew were so bad it was actual physical torture for me to read. Thankfully, dialogue is limited in the novel and I wasn’t tempted to subtract a star because of it.

No, this isn’t mind-blowing Literature. We have read similar books and more will come out in the future. But it is a marvelous novel, beautiful in its bleakness and desperation, the prose exquisite and mysterious like a sultry summer evening, the last chapters are ferocious and devastating, worthy of 5 stars alone. It balances Dystopian Fiction elements (although the novel has nothing to do with the genre and it is wrong to be marketed like that…) and a very realistic, in-depth study of the harm we can do to ourselves and to others.

Even if it is a candidate for the most insufferable cast of characters, The Water Cure shows that monsters can be found in both sexes. Women and men can become oppressive, dangerous, destructive. There are no saviours but ourselves in these troubled times. Trusting in our strength, aided by education and companionship, are the ways to distance ourselves from populists and tyrants. Building fortresses against imaginary threats that possibly serve twisted purposes only leads to destruction and we have two World Wars and countless hostilities to prove this.

‘’One day they will overwhelm us, water molding our carpets and warping the parquet, leaving tidemarks on the wallpapers. But I hope to be long gone by then.’’