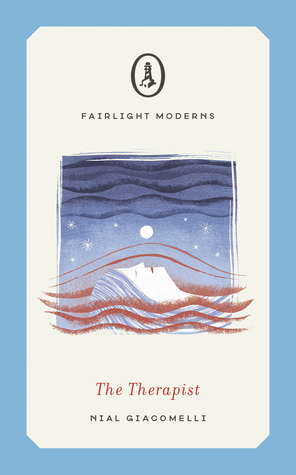 ‘’It’s as if someone is cutting into me while I sleep and gradually stitching weights into the muscles and tendons of my body. And though it’s not debilitating I find it harder each day to fight to the surface.’’

A married couple is trying to cope with the tragic loss of their onlychild while a strange illness is sweeping over the USA. Starting from Oregon, it spreads all through Washington, Nevada, Idaho and soon the entire country becomes a victim caught on deadly claws. Sudden fever hallucinations. The victims begin to know things that are impossible for them to know. And then, they disappear…

Giacomelli creates a story that works on both levels. First, it is the chronicle of the most terrifying experience a human being can go through, the loss of a child and the struggle to redefine yourself as a wife and a husband after the nightmare. Secondly, it is a tale of another kind of Dystopia, where people aren’t threatened by a totalitarian regime but by an even more dangerous enemy that no one can defeat.

The writing is excellent, the prose is haunting and in certain parts mesmerizing and whimsical in a dark way. The descriptions of the culmination of the illness are terrifying. There are certain hints as to the man’s sanity and lead that may involve hauntings, provoked by the sound of running water. When the novel ends, this feature acquires a whole new meaning. The dialogue is natural and flowing but the strength of the book lies in the descriptive passages that are truly beautiful. However, there were a few issues that prevented this from being perfect, in my opinion.

The concept of a pandemic has been done to perfection in Station Eleven by Emily St. John Mandel and it acquires an interesting twist in The Therapist. A disease that causes you to disappear, literally disappear, in plain sight is unique as far as I know and the process is powerfully depicted. However, it became a bit too Sci-Fi veering on Horror gore for my tastes. It seemed over-the-top to me. Certain musings about love and relationships felt forced, pseudo-philosophical and out of place. The two characters, while very humane, are neither memorable nor very interesting.

The ending comes out of nowhere. Up until that point, I was convinced that Simone was a deeply unsympathetic character, almost intentionally so. The last chapters, however, turned the entire book upside down. Still, it was too The Sixth Sense for me and this has been done to death in Literature and films. So, it didn’t stay with me and the surprise factor didn’t last long.

Overall, a powerful and original novel, an interesting study on loss and grief. In that sense, I’d say that it is a work that deserves to be talked about. Speaking strictly for me, it was the choice of certain Sci-Fi/Horror elements that prevented me from fully loving this one so 4 stars it will be. I strongly recommend it, though. It will be difficult for the readers not to find themselves ensnared by the sadness and the unknown that define the setting of the story and Giacomelli is definitely a writer that deserves our attention.

Many thanks to Fairlight Books and NetGalley for the ARC in exchange for an honest review.