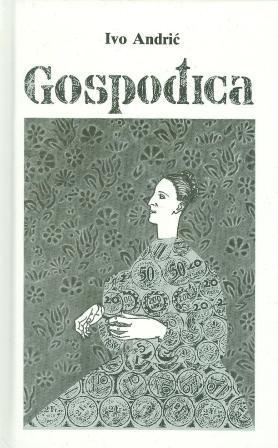 ‘’The sky above Belgrade stretches from horizon to horizon, often tumultuous, but always beautiful. In winter, with its bright, cold and clear starry nights, in summer with its sudden showers. When it changes, becoming a thick, dark cloud that carries heavy rain and dirt from the valleys of Pannonia, aided by angry winds. In spring, the sky flourishes along with the earth and in autumn it is adorned with autumnal stars. The sky is always beautiful and generous, as if it’s trying to compensate this strange city for all that are missing. As if it’s trying to console it for all the things that are taking place without its will…’’

Unfortunately, Rajka’s life has nothing of the variety of the seasons or the beauty of the sky and the vividness of Sarajevo and Belgrade. The crisis before the First World War, the Great War itself, the persecution against the Serbian citizens in Bosnia make no difference at all. Even when forced to leave Sarajevo, she bears it all with a frightening and admirable combination of perseverance, serenity, and determination. For all her life, her thoughts, her heart answer to one word: money. Burdened by a terrible misfortune due to her father’s kind nature, Rajka is determined to live for herself. The problem is that she isn’t actually alive and her obsession can only lead to one closure…

Rajka is not an evil person. I am surprised and appalled by many users’ swift tendency to judge what they are obviously unable to understand. Raika is not evil or vile or a ‘’traitor’’. This would make for a very naive, simplistic and misinformed reading of her character. Allow me to write a few observations in Greek because they are actually aimed at certain users from my homeland.

Rajka is a terribly wounded, problematic soul that has decided to build a gigantic fortress between herself and what she perceives to be a threatening mob, willing to take advantage of her. Whether she is right or not is purely subjective, in my opinion. Speaking strictly for me, I’d say I agree with her with one exception. When your need to isolate yourself to pursue an endless source of wealth and security results in creating a prison for your heart and soul, then you are torturing yourself needlessly. No amount of money is worthy of such a terrible sacrifice.

Rajka does exactly that. She isn’t a usurer or a leech. Instead, leeches are trying to drink her blood, making use of her naivety regarding relationships and the worms that are always there, waiting. She stays away from the gossip and the intrigues because she is so much better than the simple-minded girls whose only desire is to marry. However, she refuses to allow herself to live. This becomes worse and worse, reaching a level of absurd self-punishment. When a rightful disappointment originated by two of the aforementioned leeches strikes her during the later years, Rajka’s course is already sealed. In the end, Andrić wants us to wonder: Was it all worth it? Such obsession and hardness? Was it worth all the millions of the world? The answer is a thundering ‘’no’’.

In a book that I would consider as one of the immortal works in World Literature, the great Ivo Andrić takes us to the multicultural city of Sarajevo and the cosmopolitan Belgrade during the beginning of the 20th century, in the company of one of the most memorable heroines. As always, he comments on the social and political circumstances and demonstrates that certain disputes have roots firmly planted in the past, fed and watered by narrow-mindedness and greed and the people’s wrong choices when they fall for loud, populist voices. But Rajka remains indifferent. Raike walks her own way, with her head held high and with a terrible stone inside that makes her steps heavier and heavier…

Life isn’t black or white. And it certainly isn’t pink and sugar-coated with female characters who only wish to get laid or married. Judging by the people’s responses in most subjects on social media, Raija’s thinking regarding the crowds was far from wrong…

‘’Steady again, she gazed around her room before she turned her eyes outside the window, in the autumnal sky and the naked branches of the trees that seemed to guard the horizon. Gathering her strength, as any human being who has received a frightful blow, she said to herself: so be it! ‘’

*Extracts translated by my partner, taken from the Serbian edition.*