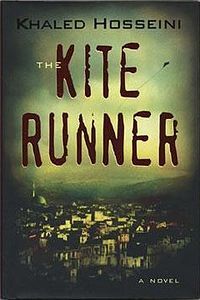 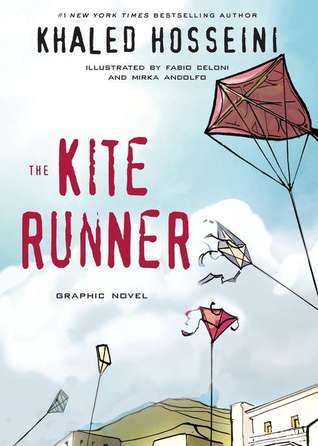 Kite is a symbol of freedom, of the primeval human need to fly, to be as light as a feather. No one can threaten you or harm you when you fly. In the neighborhoods of Kabul, boys take part in kite competitions, looking upwards in hope. Sometimes, though, hope is futile and becomes a mere empty word.

From San Francisco in 2001, we move to Kabil during the 1970s. Amir is a bright, bookish boy with a preference to the tragic myths of old. He is quiet, an enemy of violence. But quietness and cowardliness are separated by an extremely thin line and there are times when bravery and honesty, no matter how unpleasant or disagreeable they may be, are forgotten. Hassan is his best friend. Intelligent and brave and kind. However, he has the ill fortune to belong to a low caste. And then tragedy strikes, born out of hatred and absurd discrimination. Amir reveals an impossibly ugly side and the hardships begin.

‘’When you tell a lie, you steal someone’s right to the truth.’’

Once more, Hosseini paints with words and communicates a world of unbearable injustice. The disputes between the Pashtuns and the Hazaras, the end of the monarchy, the Soviet intervention, the Taliban regime. A life in constant fear, a friendship so strong and yet so fragile, torn apart by shame and misconceptions. Undefeated prejudices. A city that has become the shadow of its former heyday. Children being sold by the ones who were supposed to protect them. Women being stoned to death while the roaring crowd, a mob of uneducated worms, cheers its lust for blood. Fairy tales are seen as the one source of support, a gentle reminder, a warning if you will, that everything can go wrong. And then everything can be fixed. Almost everything…

I read the novel and then I chose to read the graphic novel edition. Both were excellent, the shock and terror equally strong. The illustrations by Fabio Celoni and Mirka Andolfo are so vivid that there were times I was petrified regardless of the fact that I knew what was coming. I thought A Thousand Splendid Suns was one of the hardest reading experiences in my life but The Kite Runner was even more psychologically draining. Hosseini is a merciless writer, God bless him…The dialogue in both versions is excellent, the characterization brilliantly executed, the overall result astonishing and awe-inspiring. I cried like a baby upon finishing both. On a lighter note, (please, allow me the use of the phrase here) I was mad with joy to see Wuthering Heights included in the narration as Soraya’s favourite book and I enjoyed the cultural reference to El Cid. Personal trivia: I love Charlton Heston.

This is a beautiful, shocking, raw story of family ties, friendship, grief and injustice and the chance to heal the deepest wounds… 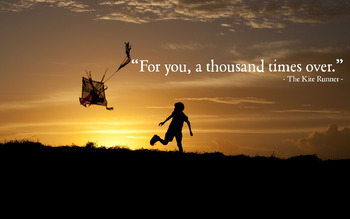