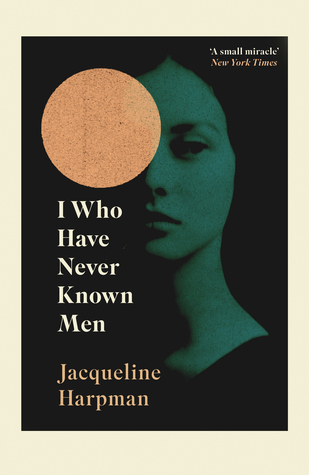 ‘’My memory begins with anger.’’

Yes, I found a Dystopian novel I love more than 1984 and The Handmaid’s Tale.

Forty women live in a prison cell. The world as we know it doesn’t exist anymore. People have been imprisoned and the guards are watching them non-stop. How did the women find themselves there? Why? Where are they? What destroyed every social structure we have taken for granted? Is this Earth or another planet? No one can answer these questions and the days pass in terror and silence. The youngest woman is the one that tries to understand, her spirit still unbroken.

The women are using their hair as thread because every tool is forbidden. No one can console a crying child because they aren’t allowed to touch each other. You are not allowed to stay awake when sleep refuses to come. There is no 24-hour day. No religion to give you comfort. You can’t feel the wind or the rain. You can’t see the moon and the sun. You have to urinate and defecate in public. You are not allowed to kill yourself.

‘’I know only the stony plain, wandering, and the gradual loss of hope. I am the sterile offspring of a race about which I know nothing, not even whether it has become extinct. Perhaps, somewhere, humanity is flourishing under the stars, unaware that a daughter of its blood is ending her days in silence.’’

Harpman’s writing excels when the women are suddenly free. And this is not a spoiler because the heart of the story can be found after this pivotal moment. It is exactly then that everything becomes more frightening, when the struggle for survival in an unknown world begins. The youngest woman has to learn all there is to know about her body, language, everything the rest of the women can recall from a life wrapped in mists, long and forgotten. But what happens when it is your spirit, not your body that needs nourishment?

The prose is exquisite, the dialogue is sparse, poetic and cryptic. There is a tranquility and a subtlety that reminded of The Handmaid’s Tale and even the hardest moments are described almost melancholically. There is no vulgarity, no shock for the sake of it. We often use the words ‘’raw’’ and ‘’haunting’’ and they are absolutely suitable to characterize this novel. Don’t look for pseudo-feministic messages or divisions between the two sexes, this isn’t such a story. This is about freedom and survival and hope and these notions weren’t created exclusively for women or men. In that sense, the title is a tiny bit unsuccessful.

I would be negligent if I overlooked the beautiful and poignant introduction by Sophia Mackintosh. For me, this novel is equal to The Handmaid’s Tale. Possibly even better I really love Atwood’s classic. There are so many intense moments and such a rich narrative of a community populated only by women while Death is all around. This novel made me experience feelings that no other dystopian novel ever did. I would compare it to Station Eleven by Emily St. John Mandel and Into the Forest by Jean Hegland in terms of atmosphere and tone. I sincerely hope that it will become more appreciated with the new paperback release because most of us weren’t even aware of its existence. Perhaps its themes aren’t loud enough or feminist enough to follow the new cultural reality and become a TV-series of dubious quality but it is a masterpiece. The final pages verify it.

‘’All of a sudden, I found myself at the top. I was in what we later called a cabin, three walls and a door, also open, the plain spreading out before me. I bounded forward and looked. It was the world.’’