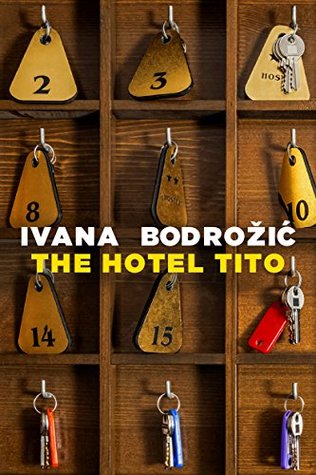 Some of my favourite writers are Croatian. Talented, intelligent people whose objective view on such a delicate matter as the 1990s conflicts delivers stories that are heartfelt, evocative and lyrical despite the horror they depict. My expectations for The Hotel Tito were extremely high. And the fall, once those expectations were crushed, was long and painful. This book is atrocious.

I won’t tire you with my thoughts. I know that the writing was meant to be simple because the narrator is a nine-year-old girl but this particular ‘’narrator’’ was one of the most obnoxious, rude, evil children I’ve ever encountered in Literature. The frequent mention of Levi’s and All-Stars is excruciatingly cringe-worthy. The style was a pseudo-literary stream-of-consciousness which was lost in translation and in the incompetence of the writer to present the facts and the thoughts in a clear way. Perhaps, this wasn’t her intention.

No. The writer’s intention was blatant propaganda, a libel, a novel where objectivity was thrown out of the window in exchange for a pseudo-patriotic message that turns us back decades and decades. It was a hymn to Nazis, the vilification of countries, of people and cultures. An array of passages that describe the Serbian and Slovenian people as ‘’lowlifes’’.

I am afraid I’ve wasted two hours of my life to read this trash but I had a twisted curiosity to witness the extent of this writer’s distortion of facts from the beginning of the 20th century to our days. Had she read Daša Drndić or Dubravka Ugrešić, she would have known what it means to create a work of art. Unfortunately, this writer’s aims were different…This particular reader, though, is not an easy bait…

In Greece, we say this: