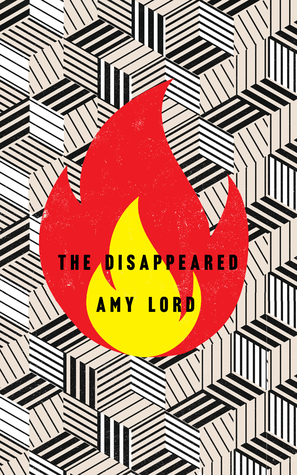 ‘’They didn’t want us to remember, to get ideas outside of their control.’’

Books are a threat.

Books have always been a threat in totalitarian states. The Nazis and the Communists loathe the very existence of book because they signify knowledge and knowledge equals freedom. Nazism and Communism have nothing to do with knowledge and they most certainly have nothing to freedom. This is the basic theme that is brought to focus in The Disappeared. Unfortunately, the novel is one more example of a failed attempt in the world of Dystopian Literature.

Clara saw her father arrested by the soldiers of the regime that has come to rule Britain. London is under the harshest control born because of the consequences of Brexit. Years later, Clara works as a professor of Literature in a country where books are considered dangerous and are heavily regulated. Violence against the ‘’rebels’’ is freely allowed, families are persecuted, the young people are precious weapons in the hands of the dictators because their uneducated minds can only produce violence and cruelty under the guidance of the State. Clara decides that it is time to act and tries to organize groups of students to share the knowledge coming from books that are now forbidden.

We have witnessed many great moments in Dystopian Fiction. 1984, Fahrenheit 451, The Handmaid’s Tale. Many contemporary novels have attempted to follow the three ‘’greats’’ and have produced a few excellent books but the results have been mixed for the most part. The Disappeared could have been a good, a very good novel. The references to books that were once persecuted, like Doctor Zhivago, are precise and to the point. The exploration of the roots of all evil that lie in the financial crisis is accurate and conveys a bitter truth that has been witnessed multiple times throughout History and continues to plague us all. The commentary on the potential threats born out of the paranoia that is Brexit, leading Europe into uncharted waters is powerful. In terms of writing, the scenery of oppression and the depiction of the nightly urban environment are excellent. Sadly, every other feature that makes a novel satisfying was missing…

The writer managed to pretty much butcher her own work by falling into every cliche imaginable and, in my opinion, the technical mistakes were many and significant. First of all, the dialogue is extremely clumsy. There is so much use of ‘’okay’’, ‘’I just…’’ and everyone resorts to extremely long pauses before they speak. I mean, this is not a discussion but a time-out for commercial purposes…For example, a woman that saw her husband being captured like an animal meets the man responsible and asks: ‘’I just want to know if my husband is okay.’’ Yes, of course, he’s ‘’okay’’. They just arrested him to drink beers and watch a basketball match together, don’t worry if you never see him again…Besides the frightfully badly (too many adverbs, I know…) written interactions, the characters are a true literary tragedy, in my opinion. There are so many questionable decisions on Clara’s part. There is no coherence in her reactions. She creates a resistance group and then she seems surprised by how dangerous that has proven to be and constantly reminds us every other chapter. Excuse me, what? Someone, please, point out the logic in this. Also, the motive for her father’s ordeal is detrimental, cheap and utterly ridiculous. The language is unnecessarily vulgar and unpolished.

In the end, I just didn’t care. At all. It was a disappointing read and it made me consider the fact that average writers need to stop meddling with the Dystopia genre that is highly demanding and tricky for an author that lacks the talent to write a good story but is lazy enough to create clumsy copycats of familiar themes.

Many people may read The Disappeared and like it. Sadly, I found it a true ordeal…

Many thanks to Unbound Digital and The Pigeonhole for the serialized ARC.