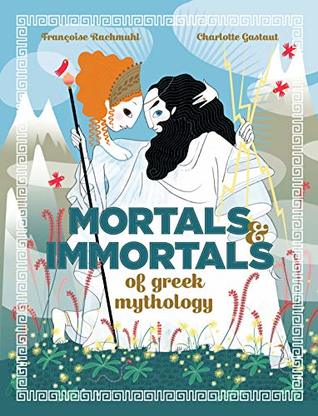 Greek Mythology provides an endless wealth of inspiration for graphic novels, children’s books and every form of fiction. Most of the times, however, the results are not encouraging. This book narrates the stories of the Olympians, of legendary women and men, of mortals and immortals that may or may not have existed but have gained their immortality in our civilization. The sad thing is that the writer managed to produce a book that contained significant mistakes. Unacceptable, if we take into consideration the fact that these are myths known to every decent reader.

Zeus and the story of his birth. Hera and the pigeon, her sacred bird. Aphrodite and the golden apple of Discord. Athena and the competition with Poseidon over the protection of the city that came to be known as ‘’Athens’’. Artemis and Actaeon. Hermes and the creation of the lyre. Hephaestus and the revenge against Hera. Demeter and Persephone. Ares and his followers. Dionysus and his adventures. Poseidon and Amphitrite. The Latin versions of their names, their symbols and the values they protected. 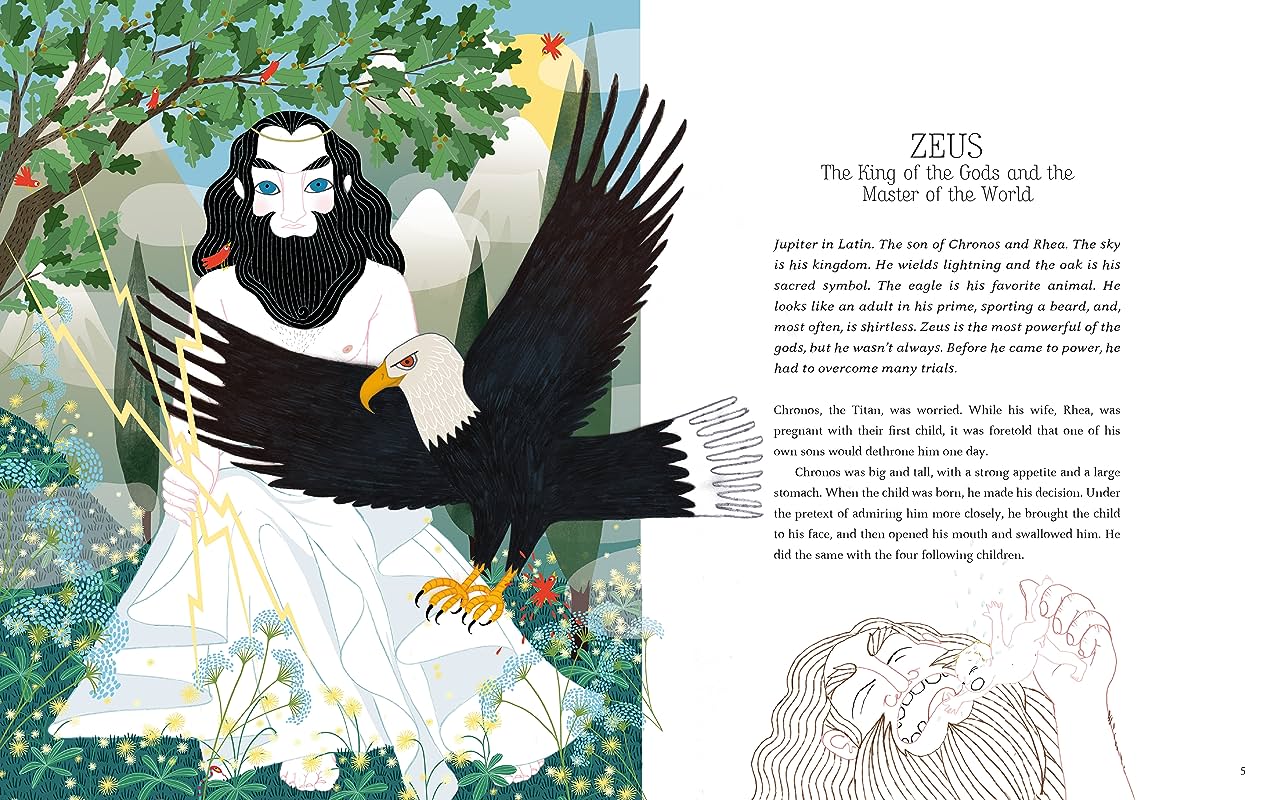 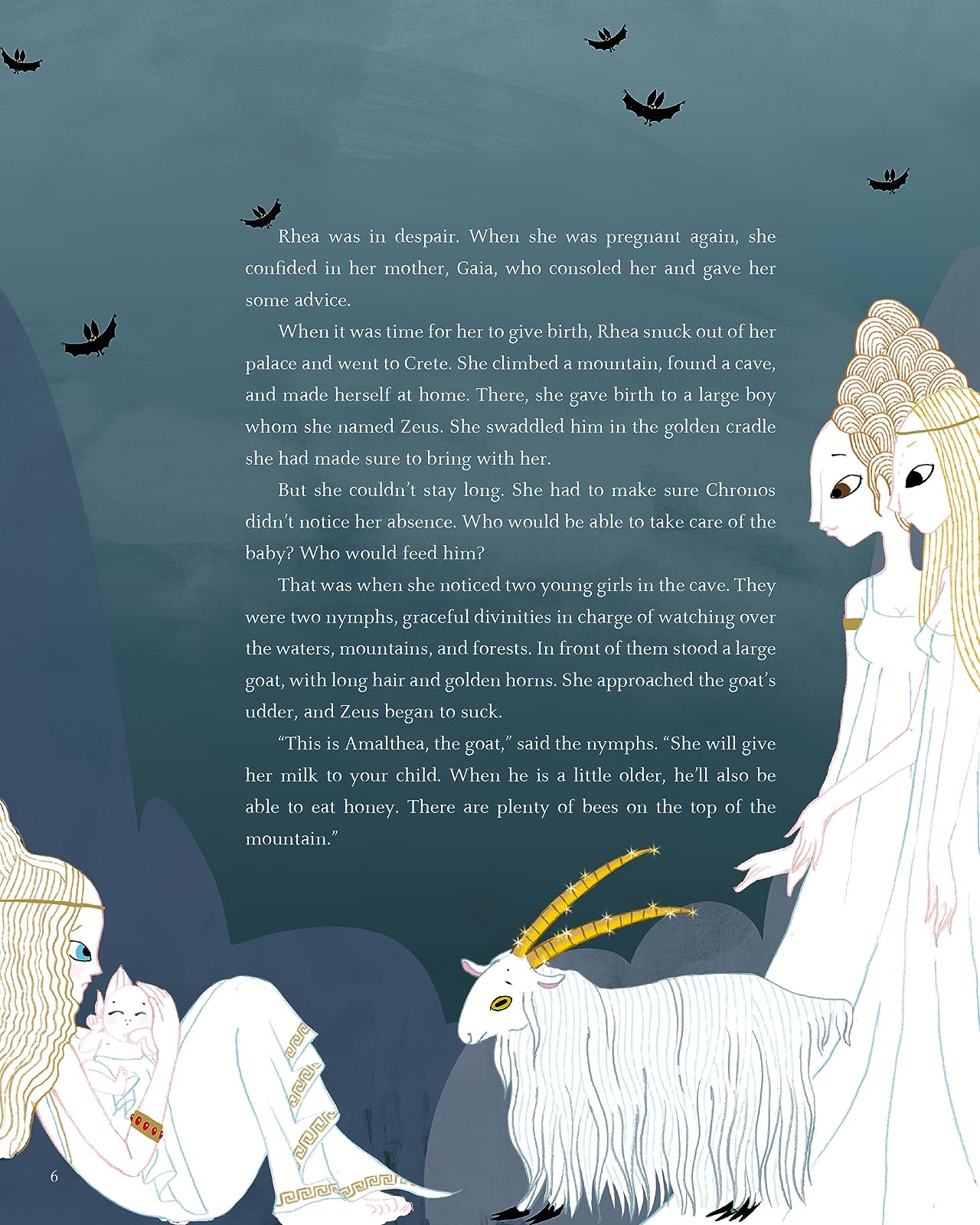 The heroes that are in the spotlight are Theseus, Jason, and Achilles. The man credited as the creator of Democracy. The prince who brought the Golden Fleece from Colchis. The greatest hero of the Trojan War. Medea, Helen of Sparta, Atalanta, the women who graced some of the most striking and most terrifying moments in Greek Mythology.

The illustrations are beautiful, a combination of lively and moody colours and atmospheric depictions of the deities and the mortals. The writing is adequate but let us be honest. The myths are so powerful that there is virtually no need for a writer’s talent to reach out to the reader. Which is exactly why I was disappointed with the mistakes and omissions that demonstrated poor research and perception. Where were Hades and Hestia? Hestia was the protector of the home and hearth, one of the most important goddesses in the Greek and Roman culture. Including Hades and Persephone’s story isn’t enough. Excluding these deities from the Pantheon was a major omission, in my opinion. 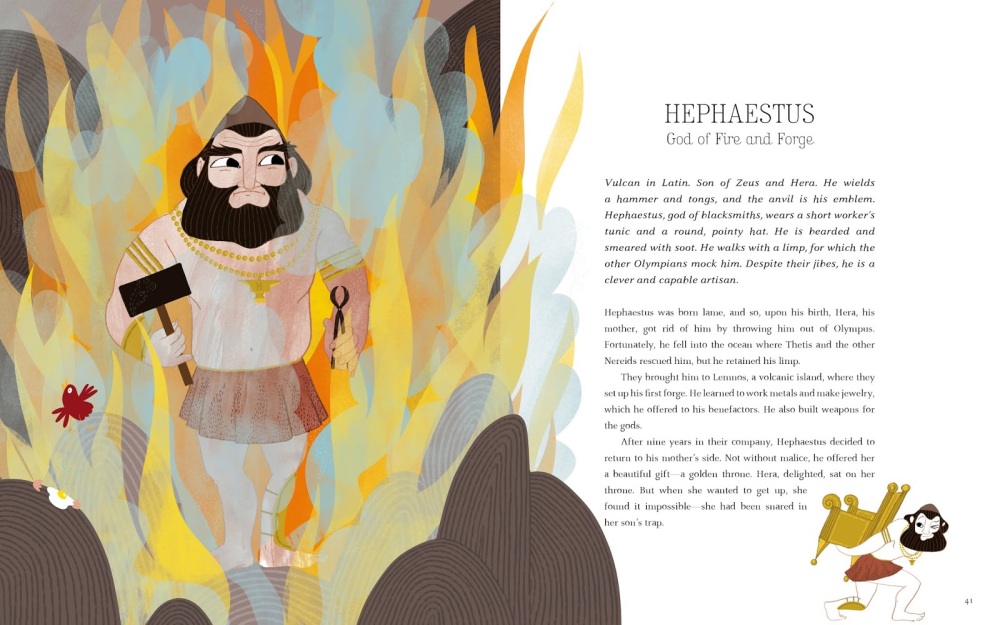 Helen of Sparta did NOT have a son. Her union with Menelaus produced a daughter, Hermione. Later, the writer refers to her so coherence issues are a given. Almost the entire section dedicated to Helen’s story is inaccurate, ignoring the established legends and weaving plots and dialogue that seem to have been inspired by horrible and trashy Hollywood films and TV series. The problems continue in the story of Achilles. The discovery of the disguised young warrior by Odysseus is not correct, crucially deviating from the legend. The legendary Minotaur was the offspring of Pasiphae, Minos’s wife, and a white bull sent by Poseidon as an act of revenge against the Cretan king. Minos was NOT the Minotaur’s father… 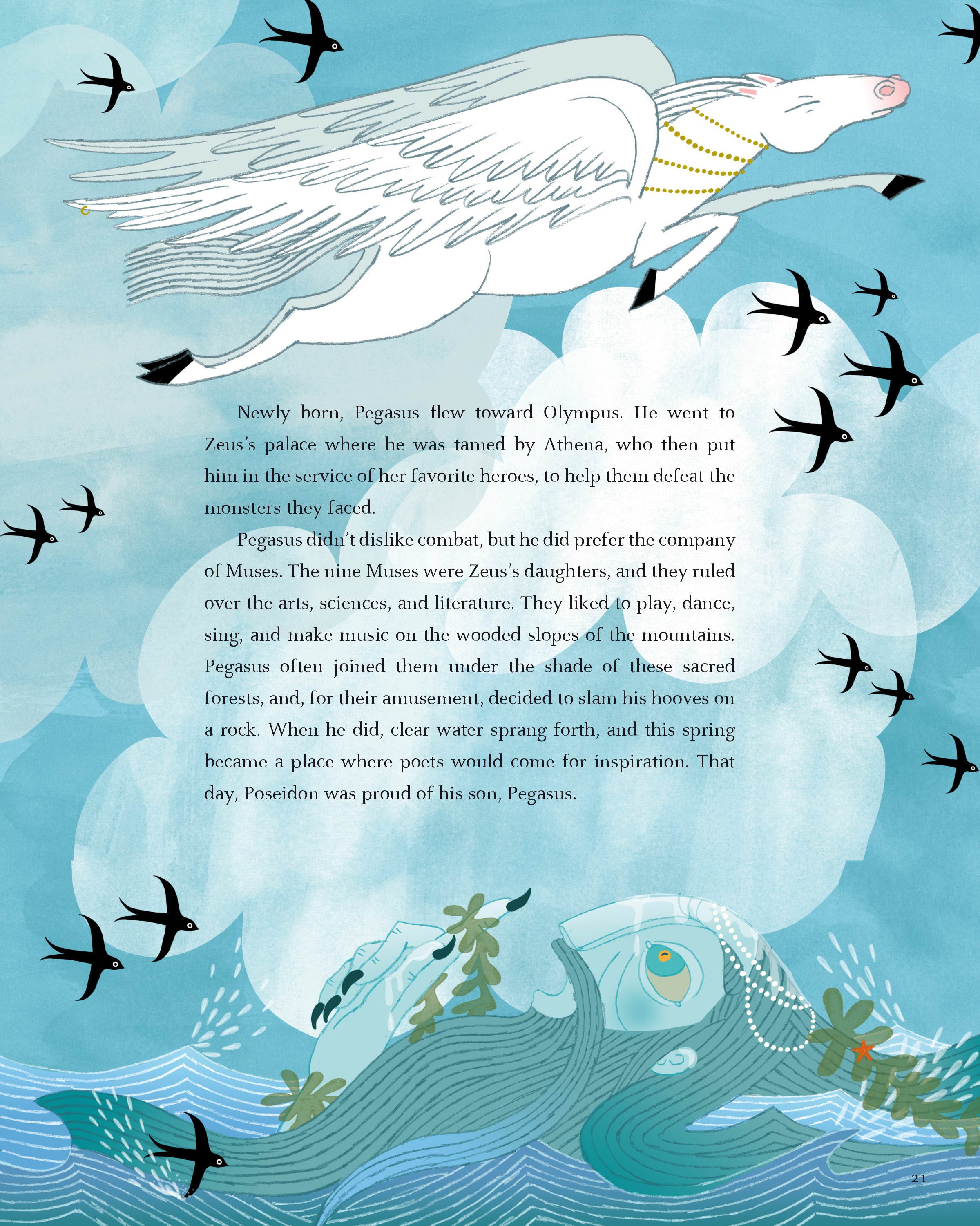 The book ends abruptly. No epilogue or last word dedicated to the deities and the mortals that are a part of the vastly rich Greek Mythology. Yes, the illustrations were attractive but the blatant inaccuracies in myths that are known to almost every citizen of Europe are unforgivable.

2.5 stars that become 3 because I am generous today…

Many thanks to Lion Forge and Edelweiss for the ARC in exchange for an honest review.