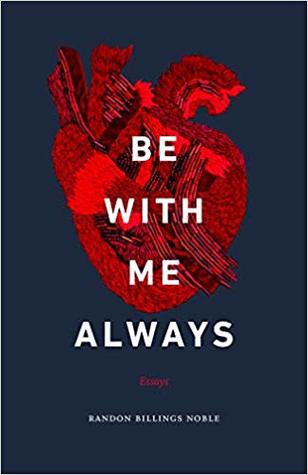 Title: Be With Me Always

‘’Be with me always – take any form- drive me mad! Only do not leave me in this abyss, where I cannot find you! ‘’

These are the most beautiful, most vicious, heartfelt words ever written in Literature and I do not accept ‘’no’’ as an answer. Sorry…

I’ve never been a reader of memoirs. I feel that they can be vain, holier-than-thou, didactic and pretentious. My attitude began to change after I read Maggie O’Farrell’s I Am, I Am, I Am. It proved to be one of the most powerful books I had ever read. Be With Me Always won me over the moment I saw the title. Like a devoted worshipper of Wuthering Heights, I found the reference unmistakably enticing. When I read Hannah’s review, I decided the time had come. While I enjoyed the majority of the essays and appreciated the literary references and her love for the best book ever written, I cannot compare it to O’Farrell’s memoir. I felt it tried too hard to produce a similar result, it pales in comparison.

The cover depicts an anatomical heart. Beautiful choice if it weren’t for the fact that we have a choice similar to I Am, I Am, I Am. I cannot say I liked this coincidence. I do not believe in coincidences and I don’t think this was a coincidence at all. Putting this issue aside, the heart, the muscle that our lives depend on, is constantly present in the book in every form of symbolism. The heart as the provider of life in the face of the children protected in their mother’s womb and the indicator of passion that becomes love towards another human being. The heart as a symbol of health threatened by a mere abnormal cell growth. The heart that beats quickly when a fond memory returns, when we walk in the woods in the company of Mother Nature. The heart that nourishes and the heart that breaks.

‘’But I also know that I will sometimes be haunted by the fleeing shadow of a figure in black, a glimpse of turtleneck, a drop of blood, the silence that comes before the call, reminders that I have lost something I once cherished, something I can never have again, something I will always carry with me.’’

In atmospheric essays, Randon Billings Noble narrates a turbulent relationship, the memories of her grandparents, the insecurity and fear that comes with the announcement of a pregnancy, the sound of the world breaking when disease knocks on your door. Literature and Art are major players on an enticing stage. Her essay on Dracula is one of the most beautiful, haunting texts you’ll ever read. I loved it especially because it focuses on Coppola’s masterpiece instead of Stoker’s novel. The 1992 film is one of my favourites along with Dracula Untold with Luke Evans. ‘’Yet Another Day at the Jersey Shore’’ brought me back to the beautiful days I spent at my grandmother’s house. I enjoyed the impressive essay on the amethyst, the aquamarine, the garnet, the onyx and the diamond, their origins and the myths associated with them, dedicated to her grandmother. There is also a very interesting essay on Sherlock Holmes, Emily Dickinson and the youth that cannot return.

The problem I faced was the tone, the ‘’voice’’ of the memoir. I found it inconsistent and there were certain themes that were repeated over and over again. For example, the frequent references to the men in the writer’s life became mundane after a while. They seemed slightly melodramatic and exaggerated. However, this is my personal opinion since I am not the best person to understand or sympathize with love problems and pining hearts. It holds no meaning for me. In addition, I failed to notice the importance of shoes in a life’s course. That essay was superficial and forced, in my opinion. It is my impression that the writer tried too hard to adopt a dark, haunting tone and this didn’t quite work. Even the choice of a near-death experience as the first chapter seemed to echo O’Farrell’s memoir and as I’ve already said I do not appreciate such ‘’coincidences’’.

I don’t want to sound too negative, though. Be With Me Always was a very interesting read and the writing was satisfying as was the focus on the unbreakable relationship between Literature and the most important moments of our lives. However, I am so in love with I Am, I Am, I Am that it was difficult to distance myself and see past the similarities that seemed deliberate. If you haven’t read O’Farrell’s memoir, this book will definitely stay with you.

‘’The raven was sent away and never came back. Did it drown? Did it find land and stay there? What of its mate back in the ark? The dove returned with an olive branch and presumably united with its mate. But what of the raven? The dove came back with a story in its beak. The raven disappeared into silence. When we have flown alone over deep waters, what story do we tell when we return? What stories do those left behind tell if we do not?’’

Many thanks to Hannah who brought this book to my attention with her beautiful review. See it here: https://ihavethoughtsonbooks.wordpress.com/2019/02/15/mini-review-be-with-me-always-by-randon-billings-noble/

Many thanks to University of Nebraska Press and NetGalley for the ARC in exchange for an honest review.

And here is the haunting, unbelievably beautiful rendition of Heathcliff’s curse by the inimitable Ralph Fiennes in the 1992 masterpiece: