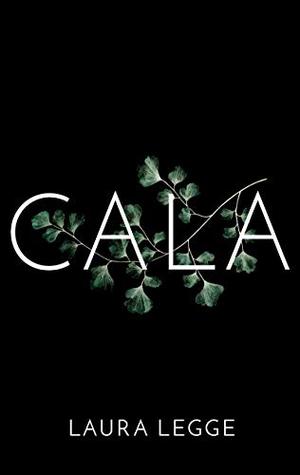 ‘’The four women of Cala sat in its dining room on the autumn equinox, wearing garlands of ash and hazel, visible to one another only by candlelight.’’

In a farmhouse somewhere in the Outer Hebrides, four women have decided to live in seclusion, shutting out the world that has disappointed them. The villagers regard them as witches and the women do not deny their heritage, supposedly descending from a witch. However, the rules are many and strict in this strange coven and Euna is tired to live in ignorance. There comes a time when the little one must find itself into the wild and Euna decides to discover what lies beyond their stony refuge. This is the background of the strange, attractive and troubling Cala by Laura Legge.

Legge composes a modern tale set in one of the most beautiful places on Earth and focuses on Euna, a young woman who cannot bring herself to follow the 200 rules of the cover any longer. The villagers gaze upon with suspicion and consider them feints like the kelpies of the legends. Leggee is right in placing the focus on Euna, a rebel soul that still retains feelings of love and solidarity for the coven. In a beautiful, mysterious setting, Legge uses references to Verdi’s version of Lady Macbeth and The Little Mermaid as parallelism of the dangers lurking when women attempt to spread their wings and fly. Despite the threats, we refuse to be chained and the uncertainty that always comes with such choices is excellently depicted in Euna’s questionable choices results of her attempts to discover the world and herself. Her personal course is haunting and raises many points for discussion. However, the novel itself was not without a few significant issues.

Led by the synopsis and the title, I expected a certain tone and atmosphere, a mystical, haunting Scottish aura, darkness, and mists. I didn’t find it in this novel. What I read was a (mostly) well-structured story with a clear contemporary setting and a few moments of the haunting Scottish tradition. The fact that my expectations weren’t met wasn’t the writer’s fault and it would be unfair to rate it lower because of my misled perception. What made me subtract a star was the combination of problematic execution, the lack of focus during the second part of the book and the improbability of the storyline exposed in the third part.

Certain parts of the story seemed unnecessarily long, especially Aram’s plotline and Aileen’s disgusting presence. There was a problem of coherence in terms of the characters. For example, Euna desires a new life and then seems to forget her purpose. Muirell starts as a truly despicable pseudo-leader and then becomes the mother hen. I wanted Euna as the true main protagonist throughout the novel. The fact that she shared the spotlight with Aram, an interesting character that helped in advancing certain themes but repetitive and unlikable, didn’t help a lot. I wanted to experience the change in Euna and I didn’t get it. And Aileen is a reason not to read this book. Her stupid self was cringe-worthy. 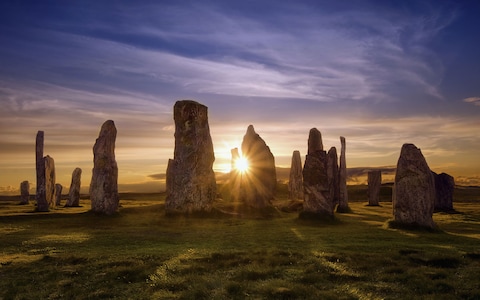 The feature that rescues Cala is the dialogue. The absence of quotation marks is generally fascinating but also extremely tricky. Legge truly excelled here. This style suits the overall story to perfection. The dialogue is a beautiful marriage of Gaelic and English, reflecting the cultural roots of the women and Euna’s inexperience with the world. It takes some time to get used to but it was striking. The themes of prejudice, cultural appropriation, cultural heritage, sexism and sexuality as a means of manipulation and deceit are successfully depicted.

I felt that Legge tried to include too many themes and lost the focus in certain parts. Despite this issue and the fact that it lacked the atmosphere I expected, it is a very interesting book that will give you many chances for a brilliant discussion and it will stay with you. Laura Legge is definitely a new name to watch in the literary universe.

‘’Like the tawny owls and the weasels and the fallen-acorns, links in the same long chain, a woman could never truly be free.’’

Many thanks to Head of Zeus and NetGalley for the ARC in exchange for an honest review.