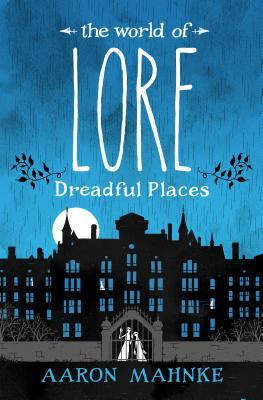 ‘’Staring into the now-open cell, his heart froze. The walls inside, he said, were covered with faces. Dozens and dozens of faces, their expressions writhing with agony and horror.’’

The second installment in Aaron Mahnke’s series left me utterly disappointed. It was one of the worst, most offensive books I’ve ever read. Having enjoyed the first volume of the series, I decided to give him one more chance. Not that it matters, obviously. Unfortunately, I cannot say that it was a pleasant experience…

Let me start with the positive remarks. Mahnke’s attitude towards folklore is different to the views he expresses in Wicked Mortals. I was pleasantly surprised and relieved despite the problems that occurred later on. The chapters are dedicated to places where dark deeds have cast a heavy shadow. Savannah, New York, New Orleans, Boston, Edinburgh, London. What secrets, deadly and deathly reside inside the beautiful, tranquil brownstones of New York? Why do some of us suffer from hodophobia? What is it that makes asylums and abandoned hospitals so frightening? Why do we feel so uncomfortable even in the most luxurious hotel? Why does our blood freeze in the mere mention of the word ‘’lobotomy’’, one of the most terrifying moments in the history of Medicine?

I enjoyed the story about Charles Dickens and the Parker Hotel, about Capone’s haunting struggle with his guilt (or was it something else…) and it is always exciting to read about the Stanley Hotel that inspired one of the greats to create an immortal story. Obviously, I’m talking about Stephen King’s The Shining. There are also echoes of two of his finest works, The Shawshank Redemption and The Green Mile. The Winchester House story hasn’t lost its haunting attractiveness despite the efforts of a recent abominable film with the ever-wooden, boring and talentless Helen Mirren. The Black Monk of Pontefract, the stories about the Greyfriars Cemetery, the terrifying true story of the victims of Dyatlov Pass and the dark tale of Ourang Medon, the ship in which every member of the crew was found dead with an expression of utter horror drawn on their faces.

However, the overall impression was negative. The writing was dry. The chapters are overwhelmingly centered around incidents from the United States. There is a world outside the USA but the writer isn’t aware of it…The negative comments about the human race and all its faults got really, really tiresome after the first few chapters and the constant repetitive remarks on fear and its influence on humans were equally boring. Once more, he shows how ignorant and what an inadequate researcher he is. The story of the Princes in the Tower is well-known and the involvement of Richard II hasn’t been proved. Someone inform Mahnke that History isn’t taught through films and ridiculous TV series. And can someone explain to him that Dublin and Belfast are NOT in the same country? The Republic of Ireland and Northern Ireland are not one and the same. In addition, characterizing the Quran as the ‘’Christian Bible’’ personally offends me as a Christian and mentioning Harry Potter when you refer to Glamis, the setting Shakespeare chose for Macbeth, is sacrilege. Have some respect…

As far as I am concerned, Aaron Mahnke’s next endeavour will not find itself among my reading choices. Enough is enough…