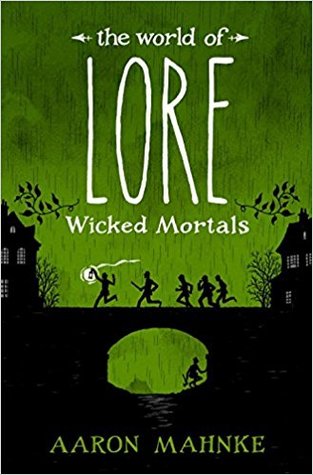 ‘’ “I was born with the Devil in me’’, he wrote. “I could not help the fact that I was a murderer, no more than the poet can help the inspiration to sing. I was born with the ‘’Evil One’’ standing as my sponsor beside the bed where I was ushered into the world, and he has been with me since.’’

Such a promising start, is it not? The words of a monster in human form, such a chilling quote… Having enjoyed Mahnke’s first book in The World of Lore series, I was looking forward to reading the 2nd volume. The subject is fascinating. Human beings so vile and evil that seem to wander between the very edges of the human nature and the satanic impulses we all hide inside. The problem is that I found this effort to be an absolute mess. Wicked or not, the stories of the people included were reduced to an opportunity for a confused, illogical moral lecture and I was not amused.

The structure throughout the book follows a combination of the short story form and the biographical style which is fine when the writer has the chops to make it work. This wasn’t a problem here, Mahnke is – technically- a good writer. However, during the second half, he changes direction and writes mainly about people who were wrongly accused by the wicked mob. It didn’t bother me, I can understand the writer’s logic in doing that. What disturbed my personal principles as a reader was his attitude towards the readers and the world culture in general.

I can see that he has done his History homework but this is not that difficult. Most of the facts he presents can be found in any old (and new) Wikipedia article.

While this is hardly an encyclopedia -and I must stress the fact that I haven’t listened to his podcast, nor I intend to- I could do without Mahnke’s remarks that were an irritating mixture of sarcasm, ill-researched attitude, and dogmatic lecture. By all means, share your opinion, I want to read it but do it in a polite, educated and considerate manner. The part which first made me think that he might have dropped the ball altogether was the chapter dedicated to the famous (or infamous) Erzsébet Báthory. We all know the stories attached to her name and we all that in the end no concrete proof was provided. While Mahnke condemns patriarchy and misogyny in other parts of his book, here he commits the crimes he speaks against. The odds learn towards Báthory’s demonization because of her status as a woman in power, challenging the men’s ideals of superiority. The majority of modern historians supports this attitude. While Mahnke claims there are no witches (more on that later), he is all too eager to accept Erzsébet’s companion as an ‘’evil witch’’. This is not the proper attitude for a writer, at least according to my personal standards. His certainty made him look inadequate as a researcher. IF he is a researcher…

I’ve always believed that there are people who share a special connection to nature, graced with powers unusual to the rest of us. Call them ‘’witches’’ or ‘’healers’’ or anything you like but I do believe in them. This is my personal opinion. Mahnke fell in the trap of forgetting to use the golden expression ‘’In my opinion’’. Many people in Goodreads do the same, unfortunately. Really, it isn’t so difficult. Mahnke’s attitude towards witchcraft and the supernatural in general seems highly dogmatic and patronizing, leaving no room for doubt, a trait that was not evident in the 1st book of the series. Furthermore, his views on Folklore and what he deems as ‘’superstitions of the uneducated crowd’’ are sickeningly rude. If you don’t approve of Folklore and traditions, if you feel the need to be sarcastic about it, why decide to create a series on the subject in the first place?

In addition, I wasn’t fond of his tendency to use ‘’humorous’’ expression when referring to serious, morbid events. There is a time and place for black humour and this is not it, in my opinion. Respect is the golden word. I didn’t find it here. Too much American slang and pseudo-conversational style mixed with semi-philosophical remarks isn’t what I’d call ‘’good writing’’. I am sorry, dear writer, I don’t read your books to be convinced of the stupidity of the human nature and the naivety of our ancestors who developed Folklore. Nor am I persuaded to believe that everyone is gullible except yourself and your enlightened mind. I read your books to learn and appreciate your views on a certain subject without the need for smart ass comments. Try and contemplate the fact that if it weren’t for Lore and tradition, you’d have no subject to write about.

And who are you, dear writer, to tell us what is true and what is not? Mahnke’s interpretation of historical events seemed naive, frankly. In my opinion, one cannot look into bygone eras under a modern light. This is a major rule for anyone dealing with History and the writer probably forgot it. In any case, I will read the 3rd book in the series, even if this one was an ordeal. I will try to finish Dreadful Places just to see whether his views on Folklore are firmly negative or if he just doesn’t like human beings. Wicked Mortals was, in my opinion, terribly disappointing.