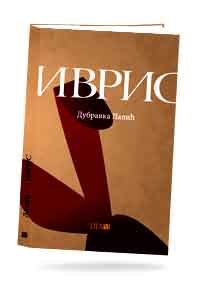 *All quotes translated by me. Taken from the Greek edition of the original written in Serbian, translated by Nadica Mihailović. *

Athens, during the ‘90s. Five women have decided to form a new home in the Greek capital, trying to escape a difficult life, to alter problems they are not responsible for. The force that has brought them together has a name: Jelena, a Bosnian Serb born in Sarajevo, who was forced to leave her city because of the war. She is the calm force, the artist, the one who endures, who tries to make sense of a world that is violently altered. It is through her fight for her life (figuratively and literally) that we see the strength of women in the face of adversities, the hope for peace, for the chance to trust and the struggle to overcome disappointment and failure.

Alex is an elderly woman who came to Greece after the burning of Smyrna in 1922. Floor is Dutch, Beril is English, Helen is an American journalist and Azadeh is a Persian professor. The common denominator is pain and loss. Insecurity towards a difficult future and hope for a new home in a city that knows how to make everyone feel accepted. The nightmare of watching your home being burnt, the betrayal of a father, the feeling that you may never achieve your full potential are woven through the story of Jelena who tries to find a way to move on, leaving a troubled past behind.

Lalić creates a complex story around Jelena with possible autobiographical elements, giving voice to issues that concern us all. Immigration, motherhood, love, illness, Literature, knowledge. Revenge, acceptance, self-recovery, companionship. All these themes are seen through the eyes of the women in the novel. And war. War is the spectre at the feast, the cause of immense misery that takes a tremendous toll on everyone. I appreciated the fact that Lalić decided to keep the terrible war in the background. It is there to remind us of Jelena’s course but not as the main protagonist in her story.

Lalić’s writing is powerful. I liked the absence of dialogue and relished the opportunity to enter the thoughts of each woman. What impressed me the most was the fact that even though there are no clearly separated chapters, I was able to distinguish each character from the very first lines. This is how successfully their thoughts and personalities are depicted, influenced by the characteristics of their countries. The cultural differences are honestly communicated but they are seen as a source of unity, not as a hurdle. I was extremely moved by the parts that described Sarajevo and Jelena’s personal ordeal. The latter was more ferocious than the most violent war…

The only problem I faced was the impression that the four women were not as interesting as Jelena. Her story and personality are so powerful that every other character seemed almost childish compared to her. Azadeh and Beril’s love troubles didn’t interest me at all and Alex reminded me of my dad’s mother whom I hated and still hate. Sorry, not sorry. It is clear that Lalić saved the best, most nuanced part for Yelena. Another small issue that hinders me from granting 5 stars is the sparse use English words that seemed unnatural during the course of the story.

Despite these two issues, I will remember Ivris as a powerful, honest book, an opportunity for meaningful discussions, an ode to the tremendous inner strength of women who face enemies of all sorts and origins and manage to overcome, saving their dignity. If you find this book available in your language, don’t let it pass you by…