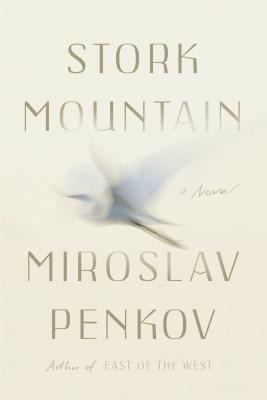 “You use legos to build castles while we use them to make weapons.”

My love for Balkan Literature led me to a (supposedly) promising writer from Bulgaria and his first novel named Stork Mountain. Miroslav Penkov was born in Bulgaria but he resides in the United States and, in my opinion, this is amply demonstrated in his writing. I found very little evidence of the distinctive Balkan style in the development of the story and the building of the characters. Clarity and directness have been substituted by melodrama, exaggeration and what seemed to me as utter propaganda. The result is an uneven, average novel that only becomes interesting through the use of legends and folklore and not thanks to the story itself.

A young man -unnamed throughout the novel- returns from the States to Strandja in order to sell the land of his family and cope with student loans. The only connection to his childhood is his grandfather, a figure that remains a big mystery to him. He finds himself in the middle of a strange feud between people of different religions and ethnicity. Naturally, we have the epitome of a clichéd relationship between the young man and a young woman who is not allowed to be with him and the same old need to discover the past of his grandfather in order to understand the world around him. And I was not impressed in the slightest…

Let me start with what I consider the few strong parts of the book. Penkov makes excellent use of the mystical tradition of the Anastenarides, the firewalkers, a custom that is still alive in Bulgaria and in certain parts of Northern Greece. Men and women, carrying icons, fall into a kind of ecstasy and walk on burning coals under the sound of traditional music. The custom takes place in May during the commemoration of Saint Constantine and Saint Helen. Penkov builds the story around the firewalkers, the secrecy, and persecution of their community. Through them, fire becomes a significant symbol in the narrative. We have the sacred fire, the cleansing substance, and the fire that destroys, a weapon in the hands of people driven by twisted “ideals”.

The Anastenarides are linked to two famous cases of mass hysteria. The Salem Trials and the Dancing Plague of Strasburg in 1518, when 400 people started dancing without any reason. Many of them died, collapsing after days and days of dancing. However, I found the writer’s choice to draw a comparison between the firewalkers and these incidents unconvincing and misinformed, like comparing apples and oranges. Religious customs are hardly cases of mass hysteria…

Another theme that was executed with moderate success was the use of folklore and symbolism. Penkov has a real talent in demonstrating the impact of the natural environment in the course of the action and its relevance to the past. There are omens. Darkness remains even during the day, the mists don’t seem to lift, the rain falls constantly, thunder and lightning shake the houses, the trees stand naked and torn and the storks haven’t returned yet. The beautiful birds stand as a symbol of life and hope and they are scarce. Penkov pays homage to the old world by focusing on the myth of Lada, the goddess of fertility, love, and beauty in the Slavic mythology, and the mighty Perun, the highest God, the Zeus of the Slavic people. The problem is that Penkov didn’t exactly stay faithful to the myths and his choice to include Attila, the mighty Hun warrior, resulted in a dubious twist of the legends with ugly connotations.

The story itself reads like any old family/generation drama with the political and religious implications of the Communist period in the country. This is very interesting but Penkov chooses to resort to repetition and melodrama. The technique of the elderly man’s recollections and his grandson’s reflections on them doesn’t really work. I can’t comment on whether the descriptions of the places are faithful or not because I haven’t had the chance to visit Bulgaria yet, but what I can safely say is that his take on the disputes between the different countries is heavily prejudiced. These are historical facts that cannot be disputed and those of us who have the habit of reading and studying History know who fought against whom, who were allies or not, therefore the so-called writers can keep their intended propaganda to themselves. Not to mention that it is sad to see this in the work of a young writer who should have been free from the dusty beliefs of a dark past. After all, he cannot lecture when he writes in English and not in his mother tongue.

The characters are extremely one-dimensional with the possible exception of the grandfather. The young man is extremely naive (to put it kindly) and the female characters are made of every possible negative stereotype you can think of. They are either hysterical temptresses who use men to escape their fate/families/arranged marriages or fairly demure maidens who cannot wait to fall into a man’s bed. Excuse you, writer. Furthermore, he opens too many windows only to leave them thus without thus any satisfying resolution.

I was heavily disappointed by this book. It started in such a beautiful, haunting way but ended up being just another story, averagely written, populated with irritating characters and a shady view on the history of the region. But for the folklore focus, this would have been a clear 2-star rating.