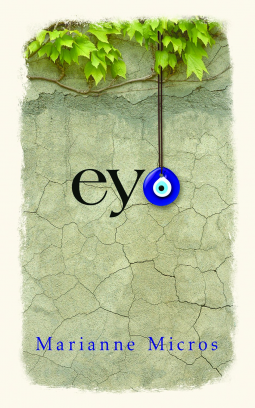 Dearest, dearest friends, I present a collection that is horrifyingly bad for someone who claims to have an interest in Greek culture and tradition, someone who is supposedly of Greek heritage. If this is true, she mustn’t love her ‘’heritage’’ very much…

The first problem that made me anticipate an avalanche of issues was the ”clarification” of certain English words in Greek, all properly written in italic letters. Greek is my mother tongue and Greek words written acoustically (and incorrectly, as it were) in Latin characters isn’t the way to go. This is a lazy technique, a gimmick in any language. In general, the writing is extremely bad, the dialogue wooden, unnatural. The writer must think that everyone in Greece speaks like an automaton or as a protagonist in a soap-opera. If you still want to read the rest of my absolutely horrible rant, then let me take you on a journey in some of the worst stories you’ll ever read…

No Man: A boy believes his thoughts caused the death of his beloved grandma. A tale on the idea of the self-fulfilled prophecy, set in a village in the Greek island of Lemnos. Its end is haunting and frightening. I bet my beloved Juventus shirt that this story was written by a different writer.

The Sacrifice: This one was horrible. I don’t think the writer has any idea of the traditions of the island of Tinos nor of the basic principles of the Orthodox dogma. This story was a mess of curses, vampires, demons, and disrespect towards the Virgin Mary. The custom she describes was supposedly taking place in the area of Argolis, miles and miles away from Tinos, and it is a legend that has no basis in reality. Furthermore, no Greek woman would ever, EVER think to curse the Virgin Mary. Ever. If you want to call yourself a ”writer”, do your research and don’t project your atheism to a whole nation. You don’t believe? Fine, good for you. Respect those who do believe if you want to write about the traditions of a country and respect its people. Enough is enough.

The Midwife: A woman was forced to give up her daughter, finds herself haunted by her mother’s ghost. Remind me to cry over how mundane and unoriginal this story was.

Thirteen: A story in which a Greek grandma says that Christ did His magic. Yes, you read that correctly. ”Magic”. Not ”miracles”, as we say in Greek, but magic. A grandma. I cannot stress this enough. And we certainly do not use the name ”Christy” as a diminutive, apart from the occasional fake ”ladies” who show off their wonderful ”lives” on their cringe-worthy, tasteless, mass-marketed Instagram posts. And the female version of the name ”Chris” is not ”Christiana” but ”Christina”. We barely use the name ”Christiana” in Greece.

Eye: A woman tries to find the answer to the suspicious death of an important man. And a foreign woman is suspected of casting the Evil Eye and goes around the village, declaring how ugly babies are in order not to let any harm come to them. We don’t do that. We never did, we never will. Next one, please…

Paved: A confession written in stream-of-consciousness style because one has to be fashionable, right?

…don’t tell me you’re not having fun…

The Secret Temple: An ancient artifact is accidentally discovered and a woman contemplates whether the discovery should be reported or not. First of all, what does this have to do with the theme of the Evil Eye? Secondly, thank you, dear ”writer”, for encouraging and justifying, with ludicrous arguments, criminal actions that have been a plague in my country. The shameless theft of archaeological treasures by lords and counts and laymen. Next time, I visit Canada (the writer’s birthplace) I’ll make sure to steal an artifact and make all kinds of excuses over it.

One Hundred Eyes: In which Hera asks Zeus: What are you doing, Zeus? Are you after a young virgin again?”

Why should the Olympians escape the torture of being a part of this book? This is an attempt to tell the ordeal of Io who was transformed into a cow and guarded by Argus, the monster with 100 eyes. Io asks a god how did he know her name…Really? REALLY??

The Cave of Lust: A story supposedly inspired by an episode of The Faerie Queene by Edmund Spenser. After butchering the majority of Greek traditions, let us proceed to the murder of certain British ones, because Europe always sells, right? If you want to read a sex scene between a monster and a crone that has nothing to do with Spencer’s epic poem, be my guest. I’ve just had lunch.

The Changeling’s Brother: Based on the well-known myth and all I can say is Jesus Christ, she messed up this one as well!!! A young man returns from war and his mother informs him that he is ”home now”. Twice, in case he didn’t understand it the first time. Later on, she says she hadn’t expected him…No, really, I swear! Anyway, in a cradle near the fireplace (because we need to be cozy and atmospheric) there is the brother who should have been about fifteen but has remained a misshapen baby and his mother believes there is nothing wrong with him. He is just ”wrinkly”. I don’t believe the writer knows what ”a changeling” is…

The Minotaur: A woman wants to buy a house that contains a maze, Ariadne and, possibly, the Minotaur. We lost the thread but who cares? Oh, the woman is also divorced and unemployed due to the escapades of her married lover and what do all these have to do with the Evil Eye, don’t ask me, I don’t know.

The Birthday Girl: Okay, now. There is no custom in Greece that dictates how the dead return to claim a gift that was meant for them while they were alive. No! Just no! I don’t know what country the writer had in mind but she certainly has no idea about Greek beliefs. We don’t even believe in ghosts. In this tale (!), we meet a Greek-American woman who has occasional boyfriends from Ghana, China, the USA, Greece, etc. This isn’t a love life, it’s the United Nations in a sex contest. What do these young men have in common, you may ask?  Well, they cannot stand the traditions of her homeland. Thank you, dear ”writer”. Your writing isn’t much better than us ”prejudiced, old-fashioned people”.

The woman smiled at Margo and said, ”Welcome”.

”Thank you”, Margot said. ”Do you have anything for children?”

Come back in a century or so. And another example in which the same women are now properly introduced:

”Hi, Margo. I’m Anastasia but everyone calls me Anna.”

I will post the compositions of my 8-year-old students. They will win the Man Booker when compared to this!

And elsewhere, as Margo is utterly captivated by an unfinished musical piece, talking to a captivating but rude young man who is not what he seems but we never know who he is because we don’t. (I can write a book too. Except not, but anyway…)

If this makes sense, I am a yellow unicorn solving the Times crossword.

So much for any ”extensive research” but my thanks to the writer because I had so much fun writing this and finding all the lovely gifs.

This book is so bad that you all have to read it in order to understand. Can this be the worst, most offending, most misinformed collection I’ve ever read?

Many thanks to Guernica Editions and NetGalley for the ARC in exchange for an honest review.