‘’A dead mouse curled in a teacup, a headless ceramic dray horse, a mannequin’s pink severed limb: that sort of thing. I have a morbid bent. ‘’

It would be extremely useful if each one of us had a power squad of our favourite saints to talk to face-to-face every time we were in trouble. Mortals usually let us down and, honestly, no human being is as wise as a saint. So, Maud- our troubled heroine- can be considered lucky, right? Well, not quite…Her saints appear at some terribly uncomfortable moments and even though they are sassy and caring and vigilant, they cannot interfere. Heaven rules, you know. Besides, there’s very little to do when Maud finds herself involved in a case of disappeared children, dead wives, spirits, cats named after writers, guiding foxes and staring portraits. All these while she’s working as a care worker for a grumpy, foul-mouthed elderly man named Cathal Flood. Did I mention a tall, blond man with grey eyes? Because these are the definition of trouble…

Jess Kidd’s debut novel was the unique, hypnotizingly perfect Himself. Her sophomore novel is no less exciting. I know we all loved Himself and we anxiously waited for her next creation and I don’t think we were disappointed. The story is cleverly written in such a way that the past is constantly influencing the present without moving back and forth in time and thus it creates a narration where each piece of the puzzle is slowly collected until it takes its proper place on the board. Maud is our eyes in the story and her family past is no less troubling and dark than Cathal’s. Even though Kidd writes with elegant and sassy humor, the heart of the mystery and the essence of the two main characters’ lives are complex, mysterious, almost sinister. And the presence of death is as tense and inevitable as in Himself. Maud’s dreams are as gothic as they can get, foreboding and frightening, which is perfect. Obviously. In fact, I found The Hoarder to be significantly darker than Himself, both in terms of atmosphere and subject matter. And Himself was no walk in the park…

One of the things I adored in her debut novel was the Irish setting. Here, Kidd continues to pay homage to the magic of the Emerald Isle, albeit sparingly. The beauty of the Irish nature, the ferocious wilderness is reflected in Maud’s memories that are anything but nostalgic. The ghosts that aided Mahony have given their place to a glorious team of five saints. St Dymphna (who is an utter queen!),  St Valentine (who is as unsentimental as he can get), St Rita, St Monica and St George (who are innocent, melancholic and ready for battle, respectively). Bonus points for the Archangel Gabriel. These extraordinary figures are the ones who turn the novel from very good to brilliant, who make it an exciting, memorable read. 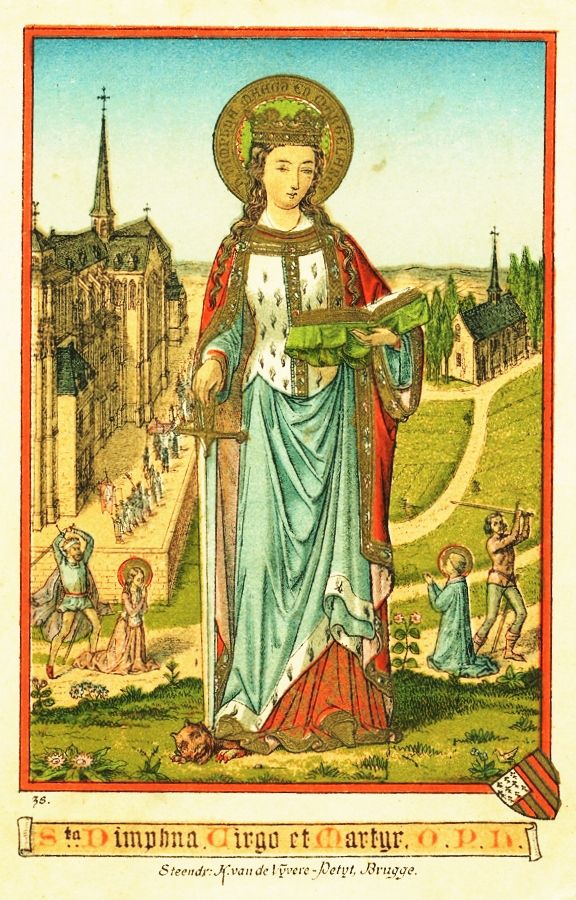 The characters are a major ingredient in the impact of The Hoarder. Renata is one of a kind, her personality a welcoming surprise. Cathal is a character we often meet in contemporary novels, the old man who shouts and swears and refuses any help, the one who’s misunderstood by all. Kidd uses these tropes to create a main character that stays with you throughout the story. The only problem I faced was Maud. She was nothing like Mahony, that’s for sure. I found her flat, uninspiring, naive, rude and detached. She was persistent and brave, but not that sharpest knife in the drawer. Not to mention that her romantic aspirations irritated me to the high heavens. I think the depth of the story deserved a more interesting protagonist, but what do I know?

Nevertheless, a flat character cannot make me lower my rating in this case. One has to appreciate the fact that Kidd doesn’t resort to cliches nor does she attempt to cheapen or sweeten parts of the story. She writes with a distinctive style, with tenderness, sassiness, and confidence, a mixture that is very modern, very effective. Each book by her can only get better and better…