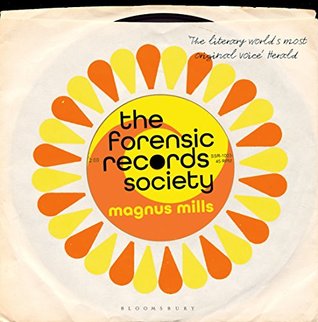 *Being unable to find a single worthy quote in a book is telling, isn’t it?*

I vividly remember my fascination with vinyl records at the age of 11-12. My generation witnessed a brief revival of these beautiful, black treasures before their decline and their replacement with the shiny, cold, prismatic CDs. I think most of us 1980’s -born babies still keep a soft spot in our hearts for vinyls. My parents- especially my mum- have a pretty extensive collection which was largely forbidden for me to touch until I was about 14. When I was a little girl, I used to stare at them, trying to hold two or three in my hands while mum was dusting their colourful jackets. She had a habit of buying three records of folk music from every country she visited. Having visited 90% of Europe, I think she did a pretty good job. Weekends were filled with love songs from Southern Italy, accordion memories from Paris, gypsy violins from Hungary, fados from Portugal, Russian dreams escorted by a sad balalaika, Balkan sounds (my personal favourite) full of a fascinating, wild joy, reels from Ireland. So, I was naturally eager to read Magnus Mills’s new novel, anticipating a rich story full of love for music and quirky characters. Or a satire. Or something that had some kind of meaning. I chose to start this review on a positive, nostalgic note because the following text contains very few positive remarks. Long story short, this book was one of the greatest disappointments of my reading year.

James and the sad, unnamed narrator of our story decide to form a group dedicated to their love for records. At the back room of the pub Half Moon, men start gathering to listen to their favourite vinyls without being allowed to discuss or comment on the choices. James is a true dictator and drives certain members away. Eventually, a second society is formed. And then, a third. Rifts continue to grow and ‘’envoys’’ come and go as there is a war coming up next. It may sound exciting. It could have been amazing…In my opinion, it was a snoozefest….

First of all, the two men talk about music that has supposedly passed into oblivion. Well, how about no. 80% of the songs mentioned are undying classics. I truly enjoyed those references, especially when I stumbled upon hits my parents loved when they were young. Props for including songs from two of my favourite bands ever, (I Can’t Get No) Satisfaction and White Rabbit by The Rolling Stones and Jefferson Airplane respectively. I understand it would eventually become redundant but it wouldn’t hurt to include a few songwriters, singers and bands. At least then, this book would give the chance to the younger generations to know and love these gems. I guess, the writer didn’t have this as one of his aims. It would be interesting to have a focus on the interpretation of the songs by the listeners. Why did they choose that particular hit? As we say, no reader reads the same book and I believe this also applies to music. But nope, no chance of that…Another complaint of mine has to do with the use of the word ‘’purist’’. I’m not sure whether this is the proper term to describe these characters. I don’t think that a purist is someone against any interpretation and comment.

For me, the writing lacked substance, the interactions were wooden, soulless. Was this done on purpose? Hard to say, Hard to find something to enjoy when repetition and an overflowing river of ‘’don’t show, but talk about it’’ plagues the narration from start to finish. And the characters only made it worse. James is such an awful, one-dimensional a…e! His ‘’society’’ is more like a prison and I failed to see the purpose of him being so strict. I won’t hide the fact that I only kept reading because of Alice but the potential was never fulfilled….

I’ve seldom been so confused with a book. I don’t know what this novel wanted to be, A satire on totalitarian satires? We’ve had enough of those by now. How many more badly written ones do we need? Can it be seen a nostalgic trip to the 80s? A story about being the last of the Mohicans in your favourite field? I’m at a loss. I understand that not every book has to have a deeper meaning. This is not Kafka or Proust or Kundera. However, even a simple story needs a theme, an aim and a cast of characters. I found none of these in this book. Even though I was initially hooked, waiting to feel ‘’serene, solemn, mesmerised and so forth’’, I ended up being bored and completely indifferent to the closure and the fate of the societies. In my opinion, there was no story, there were no characters. Merely an endless back and forth whose aim and purpose I failed to see and one of the ugliest, most cringe-worthy, hideous last paragraphs I’ve ever had the misfortune to read…

Many thanks to Bloomsbury Publishing and NetGalley for the ARC in exchange of an honest review.