‘’Found, sixth carriage from the front, 14:42 train from London Bridge to Brighton. Deceased unknown. God bless and rest in peace.’’

My relationship with this book has been a bit weird from the start. For almost a year, its beautiful cover with the peaceful cobalt blue background and the quiet pink beauty of its flowers has been calling my name from the shelf of my favourite bookshop. And every time, I would take it in my hands, read the blurb, scam and skim through a few paragraphs and return it to its place. When the wonderful Traveling Sisters group decided to have it as our nest read, I thought the time had finally come.

The story is quite interesting and humane. Anthony, an elderly writer who has experienced a serious loss, has a strange habit. He finds lost items, discarded in the streets, in trains, in parks. He collects them, meticulously describes the time and place of discovery and then imagines the circumstances that surround the loss of these objects. As a result, the lost things aren’t just bracelets, hairpins, gloves…They become symbols for lives lost and gained. Anthony’s journey is shared by Laura who tries to leave a miserable life behind with the aid of Sunshine, a young woman who is special, unique and the most beautiful character of the novel.

There are many things to appreciate in this story but there are also quite a lot of problems, in my opinion. I found the subplot of Eunice and Bomber interesting and although not closely related to the main story, it added a certain carefree attitude of a past era without wasting our time. The issues of diversity, acceptance and sexual identity were well-handled and approached with respect and tenderness. The stories of the objects collected by Anthony were outstanding. Some were nostalgic, melancholic. Others were sad, bitter. And then, there were stories of courage, perseverance and hope. The stories saved the book from becoming too melodramatic and void. I also appreciated the reference to ‘’Philadelphia’’, the film that gave Tom Hanks his first Academy Award.

And now, the issues I had with the novel. I couldn’t stand Laura’s endless musings on love and sex. I wasn’t a fan of the romantic relationship and thankfully, it wasn’t a main feature in the story. I was much more interested in Anthony and Theresa and I was disappointed with the treatment of their relationship. I didn’t like the magical realism element, the subplot concerning Theresa. I thought it was a gimmick, it dragged, it seemed out of place and made Laura appear even more idiotic than before. I felt it was included just for the sake of it and was done in a sloppy, almost naive way. The dialogue could use some improvement as well. Especially Laura’s line came off as hysteric, copied from a bad movie. They did no favour to her already mediocre, passable character. Furthermore, the comments on a character’s wife were unnecessarily cruel, offending and condescending. They were racist, plain and simple. And just how many times can I read about ‘’the lovely cup of tea’’ and remain sane?

The characters of Anthony, Sunshine, Eunice and Bomber were very interesting. Anthony and Sunshine provided an aura of mystery, melancholy and quirkiness in the story. Laura did very little to make me appreciate her. Yes, she had the courage to walk away from a cruel life but again, she wanted a man to define herself. Her self-pity and romantic troubles with the entirely indifferent, average Freddy made me cringe. Portia ended up being a caricature. You can’t have clown characters if you want your book to be taken seriously, I’m sorry to say.

So, in my opinion, this is a novel where the driving force is the story and the characters are given a supporting role. In this sense, one may consider it successful. It won’t find a place among my memorable reads but it retained a fairly nice balance between being light-hearted and quirky and meaningful. I know it would have been much better if it had been graced with a well-written main character.

*This was a Traveling Sister read and my first review as a member of this amazing fellowship of magnificent ladies with a deep love for books. Discussing the novel with them was pure joy.* 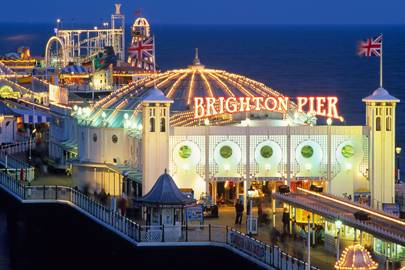