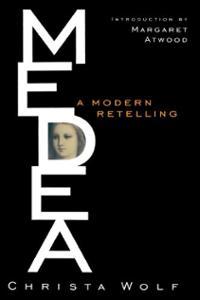 ‘’I am Medea, the sorceress, if you all will have it so. The wild woman, the foreigner. You shall not belittle me.’’

I’ve always declared-to the dismay of many- that if I ever had a daughter, I would name her Medea. My fascination with this larger-than-life woman has been undiminished ever since I started learning about the ancient, endless, eternal myths of my country from a relatively young age. Call me ‘’weird’’ but dark, controversial figures have accompanied me for the most part of my reading life. It also helped that my mother had the knowledge and the patience to explain to me how myths were made in a society of men, by men and for men. World Culture is loaded with mythical women who have been vilified as an excuse for the stupidity, disloyalty and absolute lack of courage on men’s part. Eve, Medea, Helen of Troy, Pandora, Circe, Phaedra, Jocasta…The list goes on and on….A woman can either be a whore or a saint. Too bad for the ‘’willing’’ ones because the first team makes for the best of stories. In this extraordinary moment in European Literature, Christa Wolf reimagines Medea’s story, focusing on her last days in Corinth and culminating with the death of her sons. The result is a haunting, raw elegy of broken promises and thwarted dreams….

‘’They’ve made what they need out of each of us. Out of you, the Hero, and out of me, the Wicked Witch. They’ve driven us apart like that.’’

People create myths to explain passions, hopes, wishes, and inclinations. They need the heroes, the ones who battle against gods and men, as they need the scapegoats responsible when the hero goes astray. What happens when the Hero succeeds only after the Scapegoat has provided the necessary help? Well, noone cares about this tiny detail, all that matters is that the job is done. However, when everything crumbles because of disloyalty and ambition, it’s time for the Scapegoat to be driven out. Medea is either a healer or a bringer of curse. This is what the mob, the ever-changing, witless crowd believes. She is the Other, the Foreigner, the one who threatens the established order with her powers and invocations. Jason is blaming his obsession and lust to Medea, always unwilling to admit what a phony ‘’hero’’ he is. He doesn’t care anymore, the glory is his and it’s time to find a younger, docile wife who would worship him without questions and thoughts of her own…

‘’Is it a comfort to think that people everywhere fall short of the agreements they have made?’’

I feel that this quote expresses the essence of our times extremely accurately. In the outstanding introduction, Margaret Atwood refers to the political and social background and the status quo that shaped Wolf’s work. Coming from the troubled land of former East Germany, it is clear that her political and social views influenced her writing. How could it have been otherwise? Medea was written in 1996, six years after the reunification of Germany, and while reading, one can feel a deep sense of bitterness and intense distrust towards the institution of the state and the authorities. Knowing the political context, Medea becomes much more than a retelling of an ancient legend.

The writing and the characterization are unique. The portrait of Medea is moving, sad, haunting…There are quite a few exceptional descriptions of the city of Corinth and the nightly scenes are eerie, foreboding. Don’t expect any infanticides, gore, violence or sex and the end will surprise you. I will not compare Wolf’s work to Euripides or Seneca. Each one is a different beast, all masterpieces in their own right. However, I know which one I prefer. Wolf’s esoteric, haunting, solemn cry for the truth and for a world that turned out quite different than promised. For the innocent victims of the frustrations of the mighty, the demonization of the weakest links.

‘’Up there in the dark, night-blue sky, like a slightly tilted silver of peel, the crescent moon was still swimming, though on the wane, reminding me of my waning years, my Colchian moon, endowed with the power to pull the sun up over the edge of the earth every morning.’’