‘’There’s husbandry in heaven; Their candles are all out.’’

This is a text that has been brewing inside my mind for quite some times. I started reading Jo Nesbø’s retelling of Macbeth  two days ago (quite interesting so far, by the way…) and it gave me the chance to reflect on a masterpiece that isn’t just a play but a psychological study of power, ambition and the darkest recesses of the human soul. I don’t presume I am able to write a ‘’review’’ on Shakespeare’s works. Goodness, no! This is just my take on the reasons why Macbeth shaped Literature’s dark themes and imagery, having a plethora of the Bard’s most beautiful and darkest quotes, being the most realistic depiction of the human tendency to destroy and violate all that is sacred and honest. 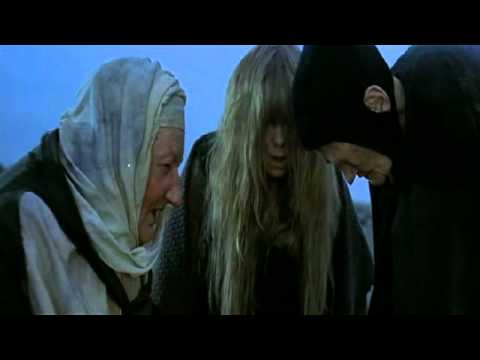 Macbeth -more than any other play, in my opinion- has the power to form images of distinct horror and brutality in our minds. Let us not forget that it is loaded with superstitions and weird phenomena have been recorded during theatre runs throughout centuries of performances. I would take it one step further and say that Macbeth initiated the Gothic elements in Literature, although they wouldn’t have been named thus at the time. This is obvious in the presence of the Three Witches, the characters I’ve always been most fascinated with than any other in the play. Imagine the audience during the reign of James I, the first Stuart king, watching spells and curses unfolding on stage, right before their eyes? How did they perceive their presence in the play? How do we perceive it? Are they merely the harbingers of things to come or do they have an influential role in the fate of Macbeth and the characters? In every production of Macbeth I’ve watched, the Three Witches can make or break the whole performance for me. One of the reasons I adore Polanski’s vision of the play is his choice to end his outstanding 1971 film version with Donalbain coming across the Witches’ lair, bitten by the harsh Scottish rain, as the vicious circle goes on and on…

‘’Now o’er the one half of the world nature seems dead, and wicked dreams abuse the curtained sleep; witchcraft celebrates pale Hecate’s offerings; and withered Murder, alarmed by his sentinel, the wolf, whose howl’s his watch…’’

Darkness is everywhere. This is a country that is slowly finding herself in a deep sleep of deceit and death. Ravens croak, owls shriek, bats signify the end and Hecate walks the Earth with her ominous escort. Rain is the introductory dark omen of what is to come and the wind is filled with lamentations. The strange screams of death and the knockings out of nowhere are signs of the utter violation between two human beings, between kinsmen and friends.

Macbeth and his wife put on their most sincere smiles and act like the perfect hosts. He calls Banquo his dearest friend, invites him to his royal feast. Macbeth is brave, unyielding even when his world crumbles, firmly determined until the very end. And yet, his soul hides extreme antitheses. Throughout the action, he knows that his deeds will lead to nowhere. ‘’Blood will have blood’’, he says in sadness. And he is right. What he succeeds in is the murder of trust and every sacred value our world holds dear. The endless course of murder that desires more and more…Regicide, the killing of relatives, dear friends and compatriots and comrades. The slaughter of women, children and servants. He knows that once he starts, he cannot stop.

‘’I have supped full with horrors.’’ 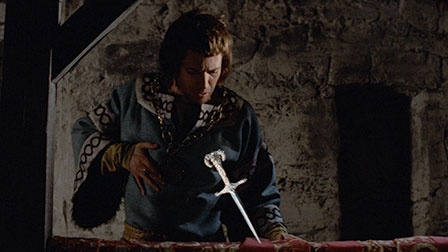 Each and every time Macbeth decides to pluck away one more thorn of threat to his reign, he tries to find the arguments for and against the coming deed. The sense of duty doesn’t seem to abandon him altogether but is always in a brutal fight with his burning ambition. Guilt plagues him even before he starts the bloody chain of events, he ‘’murders sleep’’ and, in my opinion, the moment he raises his hand to slaughter Duncan, he first murders himself and his principles. Do I see his wife as the utter solicitor to his bloody future? Definitely yes. Lady Macbeth is by far my favourite Shakespearean heroine but as hard as I try, I cannot find any redeeming qualities in her character. Her remorse is madness, and is it even remorse or the unbearable burden of guilt? These two aren’t one and the same. While Macbeth’s end is as brave as it can be, her end is lonely, honoured only by Macbeth’s quiet sorrow expressed in an achingly beautiful soliloquy. Macbeth isn’t Iago. He’s not a lunatic villain who kills just because. I’ve always considered him an anti-hero. A man who can’t survive the fight between his weak will to do what is right and the darkness of his desires.

In Macbeth, Shakespeare created one of the most controversial characters in Literature. While the historical Macbeth was the exact opposite of his theatrical counterpart, the Scottish play became one of the most recognizable works of Art, even to the few uninitiated to the greatness that is the Bard. It became a synonym for conspiracy, treason, murder echoing, among other themes, the Gunpowder Plot that threatened the very essence of the British reign at the time. It became a metaphor of the limits a human can bend in order to achieve the absolute control. A token of lacking faith in everyone and everything. When a man who was considered valiant and loyal becomes devoid of any humanity, what kind of good can be sustained in a world governed by petty leaders and corrupted sovereigns? Do not tell me this doesn’t apply to our current times. I will not try to convince anyone to love this play. Its strength in overcoming prejudices and the fact that it remains one of the most beloved and performed works of Shakespeare speaks for itself. For me, this work of dark beauty and nightmarish brilliance is the best example of how Shakespeare managed to know the human nature more than any other writer…

Creeps in this petty pace from day to day,

To the last syllable of recorded time;

And all our yesterdays have lighted fools

The way to dusty death. Out, out, brief candle!

Life’s but a walking shadow, a poor player

That struts and frets his way upon the stage

And then is heard no more. It is a tale

Told by an idiot, full of sound and fury,

(and this is a link of an interview of Roman Polanski on casting the perfect Jon Finch and Francesca Annis as the tragic couple.