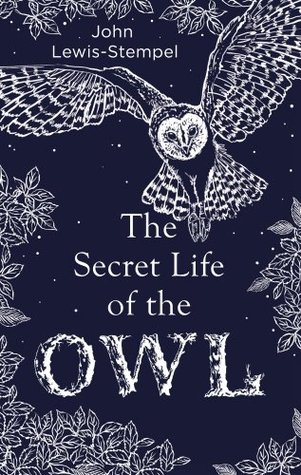 Title: The Secret Life of the Owl

“Owls, then, are Other. They are beyond the pale of light, civilization, goodness. When the medieval English needed a neologism for the crime of midnight, smuggling of wool fleeces to France, what did they offend? ‘Owling’. “

I don’t think there is another kind of bird that inspires such attention and fascination as the owl. A creature with a human-like face but full of dark grace and extreme intelligence. I’he always found owls extremely fascinating, although I can’t deny that they do make me feel uncomfortable. It’s very difficult to come across this haunting bird in Athens but a few of them have become close companions each time we visit our mountain lodge. This lovely book is a small treasure, beautifully written and atmospheric.

We all know the significance of the owl in cultures all over the world. The harbinger  of Death and the eternal symbol of Wisdom, the chosen companion of the goddess Athena. In Macbeth, the witches’ potion would be incomplete without the wing of an owl.Florence Nightingale and Pablo Picasso had owls as pets.Naturally, the most interesting chapter was the one dedicated to the ages-old association between the owl and Death. A superstition that goes back to the Sumerians and the Assyrians and one that still holds fast in a significant number of cultures around the world. I found a wealth of information in this section. For example, I didn’t know that owls were placed on graves during the Shang dynasty in China and that Chinese people born on the year of the owl were on considered as suspects of potential matricide.Owls were considered spiritual ferrymen in the Native American culture.On the other hand, owls are symbols of good fortune, a belief that started in Athens and spread far and wide.They acquired a weird starring role in alternative medicine, they were used as a means to ward off misfortune.

Silver tetradrachm coin at the Museum of Fine Arts of Lyon depicting the owl of Athena (circa 480–420 BC). The inscription “ΑΘΕ” is an abbreviation of ΑΘΗΝΑΙΩΝ, which may be translated as “of the Athenians”. In daily use the Athenian drachmas were called glaukes (γλαῦκες, owls).

This book is graced with beautiful, atmospheric writing, fully doing justice to the mystery, to the haunting beauty of this most fascinating of birds. Lewis-Stempel paints with words. It can’t get any better than that. The language he uses to blend facts and fiction is perfection. Poems and beautiful sketches provide an old-fashioned, nostalgic vibe and the experiences of the writer and Old Brown, the owl that has made its home in the yard, were extremely interesting.

“The scream comes from only yards away; it is a scream that terrifies the night. I and the little animals in the wood stop and hold our breath. The distinctive, high-pitched wail is well known to us wood folk. If I was cold before, I am colder now.”