And now, it is time for a brief lesson in the deities of the Norse pantheon that are included in this marvellous novel…

Óðinn, Alföðr, the Wanderer, the Deceiver, the Riddler, God of the Hunged, the One Eyed, the Thunderer, Father of the Slain

Heimdallr, the guardian of the gates of Asgard, the bearer of Gjallarhorn, the one who will warn of the coming of Ragnarok

Thor, the Thunder God, Björn, Einriði, the Protector of Mankind

Baldr, son of Óðinn, God of Light, Beauty and Rebirth 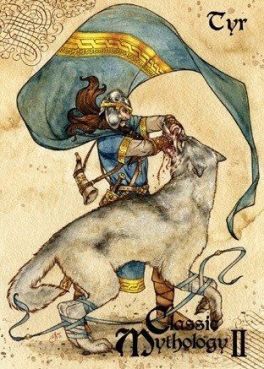 Hél, Goddess of Death and the Underworld, daughter of Loki 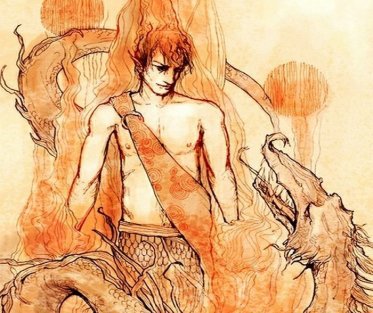 Loki, the Trickster, the Sly One, Bringer of Chaos, Father of Lies

“”As the venom streamed down once more, he heard the unmistakable sound of a wolf howling. It would not be long now. Ragnarok had come, and he would see Asgard crushed and burned till he trod on the ashes of all those who had wronged him.”

As an avid reader of Norse Mythology, when I stumble upon someone calling Loki “the greatest villain of all time”, I cannot help but cringe. One of the most fascinating characteristics of the Norse and Greco-Roman pantheons is that there is no cut-out villain (even though Harris tried to portray him so in her absurd, almost farcical “The Gospel of Loki” ), but ambiguous, troubled figures that provide the finest opportunity for a clever and interesting discourse. In my opinion, Loki is among the brightest examples and this is what this novel has achieved. Loki may be the Sly One, the Trickster, the Bringer of Chaos, but he is also a figure with desires, aspirations, driven by an intense feeling of being neglected and fooled. This is how I’ve always viewed Loki, ever since my first experience with the universe of Norse Mythology. Vasich succeeded in portraying Loki as a complex individual, an anti-hero in all his twisted and extraordinary glory, something that even Gaiman couldn’t fully accomplish. 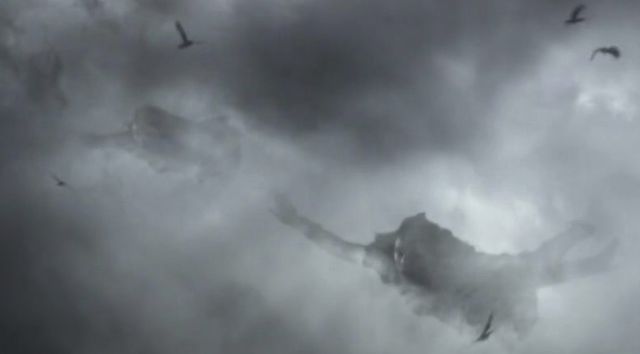 Vasich creates an outstanding account where all the well-known myths we’ve come to love are included. Where Loki may be at the heart of the story but each deity is masterfully crafted and portrayed. While the gods have their own reasons to resent Loki, Vasich doesn’t waste pages to turn his book into a list of condemnations. Freya, Freyr, Tyr, Heimdall, Balder, Thor and of course, the Allfather Odin are very much alive in our pages. We enter their thoughts, their feelings and they become approachable, these larger -than-life figures. These deities aren’t void archetypes, nor liveless “heroes” out of silly comics. They are like us, mortals, sharing the same passions and vices.

“The Valkyries flew out from Odin’s hall on spectral steeds and sought out those who would become Einherjar. They were known as the Choosers of the Slain, and all mortal men desired to see them, for what greater honor could there be than to be brought to Valhalla to serve the High One?”

Where to start with the wealth of the myths in this novel? The Building of the Wall of Asgard, the kidnapping of Idunn, the Birth of Loki’s monstrous offsprings (…and I’ve always had a soft spot for Hel…), Odin’s Ordeal, Balder’s death and Loki’s punishment. One of the things that make this novel special is that it brings many of the familiar Norse figures into the spotlight. It doesn’t feature the deities exclusively. The Valkyries, the Einherjar, Odin’s army of the chosen dead warriors, Fenrir -my favourite beast-, Sleipnir and many more mythological creatures are given a fair share of the narration.There is an interesting juxtaposition between the sagas and the writer’s version of each myth.The abrupt aging of the gods after the theft of Idunn and her apples of Youth is a striking scene. The breaking of Gleipnir and the release of Loki are perhaps the most exciting moments. And naturally, the sequence of Ragnarok is the culmination to a perfect journey with Vasich’s Loki. Pet peeve: the names of the Valkyries and the Norns are translated into English. I’d much prefer to remain in Old Norse. Also, I missed Skadi, Njord and Frigg….

I don’t have anything more to add. This is the finest novel inspired by Norse Mythology I’ve ever read. It is even better than Gaiman’s version, it is a masterpiece…

“He could well understand why they feared him. He was the Terrible One, the Hanged God, the Lord of the Gallows. He was the god of mystery, magic, and death, and the tales of his exploits were not sung by drunk warriors seeking to pluck up their own courage for an upcoming battle. Instead, they were tales to frighten small children, and grown men as well. They were grim tales of death and its certainty, the shade of One Eye appearing to send one to Niflheim with a thrust of his spear or a gaze from his eye. He was not a god to be loved; he was a god to be feared.”

(..and one more gif of beloved Floki who is now the only one left from ”Vikings”, once a brilliant show, now a god-awful, shitty mess….)