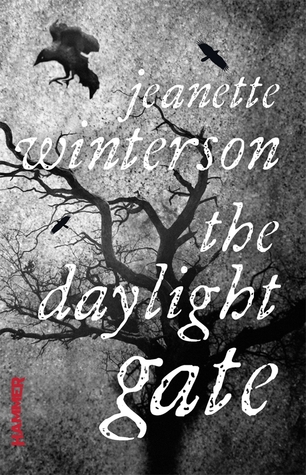 ‘’Stand on the flat top of Pendle Hill and you can see everything of the county of Lancashire. Some say you can see other things too. This is a haunted place. The living and the dead come together on the hill.’’

Jeanette Winterson is one of those writers that can take a single, tiny word out of context and create fiction that transcends boundaries. In ‘’The Daylight Gate’’, she weaves her tale around the well-known trials of the Pendle Witches in 1612, the most significant witch trials on the British soil and one of the most infamous in the course of the persecution of witchcraft around the world. I can tell you from the very start that this isn’t a book for everyone. There are many details and events that can make the most sensitive of readers feel uncomfortable. However, Historical Fiction and obscure facts linked to those troubled eras isn’t exactly a walk in the park. Speaking strictly for me, this had my name written all over it and I could see that 5 stars were on their way before I finished the 3rd chapter. But I am always attracted to the obscure, the weird, the sinister….

The northern parts of England are particularly steeped in darkness. The moorlands create a perfect scenery for all kinds of hauntings and mischievous deeds (and don’t we love those?) Winterson brings the story of the documented trials to a whole new level, as the hill, the forests and the Malkin tower come alive and lend their wild beauty to this tale of the women who defied the norms of their era, as ambiguous as they might have been. A dark land where the darkest deeds come from suspects that may or may not be justified in their wrong-doings. Lancashire is considered to be one of the most beautiful corners of Britain, its dramatic history and landscape makes it attractive and mysterious.

‘’Baptised twice- once for God and once for Satan.’’

Alice Nutter is a beautiful widow who has acquired a significant amount of fortune through her hard work that produced a special kind of magenta dye. She hasn’t inherited anything from a father or a husband. She created everything herself. This cannot be understood by the male authorities of the county that try to bring her to a trial on the basis of a pact with the Dark Gentleman. There is an abundance of want-to-be witches in the story, but are they as they want to appear? Has every single one of them sold her soul to Satan? If they had, well, allow me to say, much good it did to them, because frankly? Their power wasn’t as strong as they claimed to be. No, Winterson doesn’t create wonderwomen, ready to take down their enemies. She creates realistic characters that want to live their life, without being threatened by the same men that let them go free only to capture them again, as a twisted whim, depending on their purposes. So, some of them decide to follow the Left – Hand Path (or so they think, anyway) to gain freedom and the access to revenge. They are disillusioned, this much is clear, and they are more naive and desperate than dangerous.

‘’You have a god to forgive you your sins. I carry mine with me every day.’’

Alice is a wonderful character. Conflicted, brave, sensitive, compassionate, insecure. A gem. She loves with all her might and fights for it. She doesn’t shy away from her faults or her weaknesses, nor does she try to justify her mistakes. She is what she has chosen to be and that is why she comes across as a magnificent main character. Roger Nowell is also intriguing and fascinating. He is conflicted as well, perhaps more than Alice, since he is a man of power and influence, but with feelings that cannot come forth because of his position. The interactions between the two characters are electrifying, full of underlying emotions. And this is how a writer shows that you don’t need romance and the like to make a story interesting….

Winterson combines two key moments in the reign of James V, the Gunpowder Plot and the Witch Plot. Were the two ever linked? Possibly. It doesn’t matter, because the way in which she weaves the story around them is impeccable. John Dee and William Shakespeare are influential presences in the narrative, along with our well-known dark entity that is more felt than shown in the story. Furthermore, Winterson manages to focus on the absurd conflict between the Catholics and the Protestants that shaped the British history. The nature of her writing is brave, a knife in the marrow, even for the readers who are experienced in the subject and the era. There are quite a few bloody images as Winterson doesn’t shy away from the cruelty and vulgarity of the era. Abused women and children, abused souls by the ones who pray endlessly, wishing to appear pious to God, although their table in Hell has already been reserved and laid, waiting for them. There is an excellent scene of a Good Friday dinner that is guaranteed to bring you chills.

The ending of the trials is well-known to us who find the particular subject fascinating. And yet, Winterson’s talent made me wish for Alice and the others to find some peace amidst the madness and the prejudices. Perhaps, they did. Who knows? In an era, where even fellow Christians were considered evil and servants of Satan because they attended Mass and prayed to the Holy Cross. I mean, the persecutors should have made up their minds, because the Cross and Satan don’t make for a compatible fellowship, obviously….

I cannot recommend this book enough and yet, I know that not many will choose to read it. If you are hesitant, I say give it a chance, but proceed with caution, as Winterson portrays the bloody era in all its disturbing, violent glory. It’s a book that gave me nightmares, but this is the best kind of reads, in my opinion. The ones that enter the soul and cause feelings we may not like, but to experience them means that we were touched in some way or another….

‘’Oftentimes, to win us to our harm, the instruments of darkness tell us truths, win us with honest trifles to betray’s in deepest consequence’’.

Yes, sweet Banquo, but what are the true instruments of darkness in this tale?